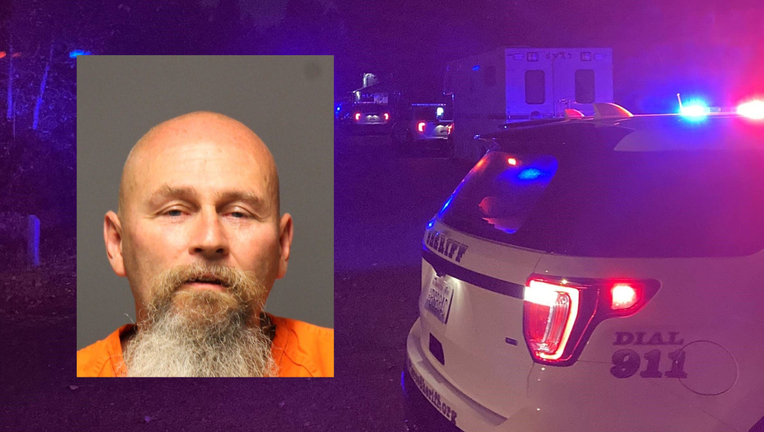 PIERCE COUNTY, Wash. - Pierce County Sheriff's deputies are looking for a child rape suspect who failed to appear for a court hearing.

58-year-old Michael Barber was arrested in 2021 for allegedly sexually assaulting a 13-year-old girl in a park near her home in Spanaway. Barber allegedly threatened to kill the victim if she told anyone what happened.

According to court documents, Barber was at the victim's home before the alleged assault looking for yard work earlier that day. Court documents say Barber lives near the victim.

The victim and her mother were able to identify Barber from Ring surveillance footage.

When deputies went to his home to arrest him, he refused to come out. A SWAT team was called in and he was arrested after an hours-long standoff.

Barber is bald and has blue eyes and may have a white/gray beard. He is about 5'10" and weighs 215 pounds.

Crime Stoppers is offering a reward of up to $1,000 for information that leads to his arrest. You can leave an anonymous tip at 1-800-222-TIPS or by using the P3 Tips app.