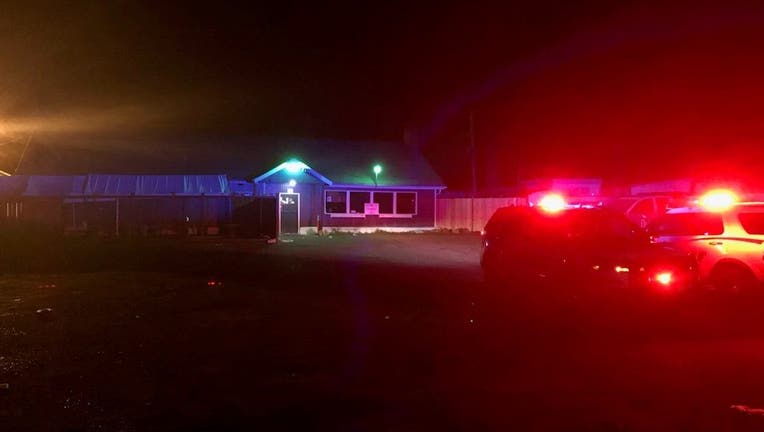 Deputies were first called to the shooting in Spanaway, at a bar near Mountain Highway and SR 507, around 1:21 a.m. Witnesses told them a person had been shot at a concert, but the victim got in their car and left.

The car was found just a half-mile up the road, and the victim was taken to the hospital with life-threatening injuries.

No suspect has been identified in this shooting.

A half-hour later, deputies were called to another bar shooting in Graham, near 224th and Meridian Avenue. When they arrived, the suspect sped off on an ATV into a nearby field. Deputies found the victim, a 26-year-old man, dead from a gunshot wound.

Believing the suspect to still be in the field, deputies used thermal imaging to locate him. With the help of a K9 unit, they found and arrested the suspect and recovered his gun.

The suspect was booked into the Pierce County Jail for first-degree murder.