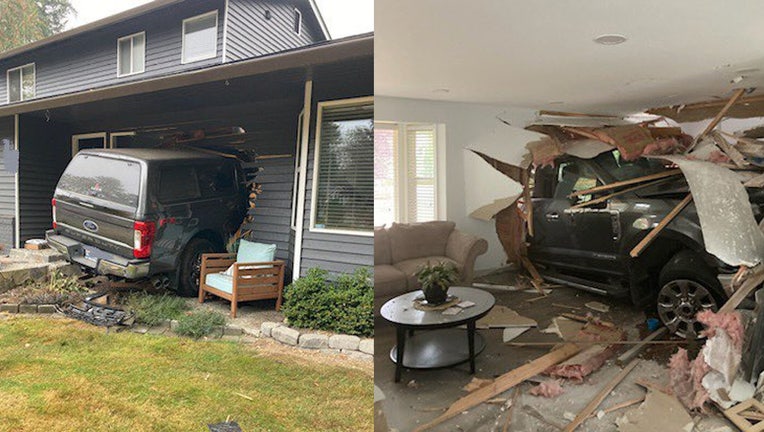 SNOHOMISH, Wash. - A driver walked away unharmed after they crashed their truck through a house in Snohomish on Wednesday.

According to Snohomish Regional Fire and Rescue (SRFR), crews responded to reports of a crash near the corner of 106th Ave. SE and 210th St. SE at around 2:00 p.m.

When authorities arrived, they found the back of a large Ford Super Duty sticking out of the front of the house, with the hood of the truck resting in the home’s living room.

After the truck was removed, crews shored up the house to prevent further damage.

At this point, it is unclear what led up to the crash.