Record-breaking year for whale sightings in the Pacific Northwest, report

Jami Cantrell from the Puget Sound region captured these amazing videos of at least 8 resident orcas passing by Point Robinson Lighthouse on Vashon Island on Dec. 2, 2022.

SEATTLE - The Pacific Whale Watching Association (PWWA) is calling 2022 a record-breaking year for whale sightings in the Salish Sea.

The PWWA, which operates year-round tours in the water of British Columbia and Washington, says Bigg’s killer whales and humpback whales were the most frequently documented species in 2022. 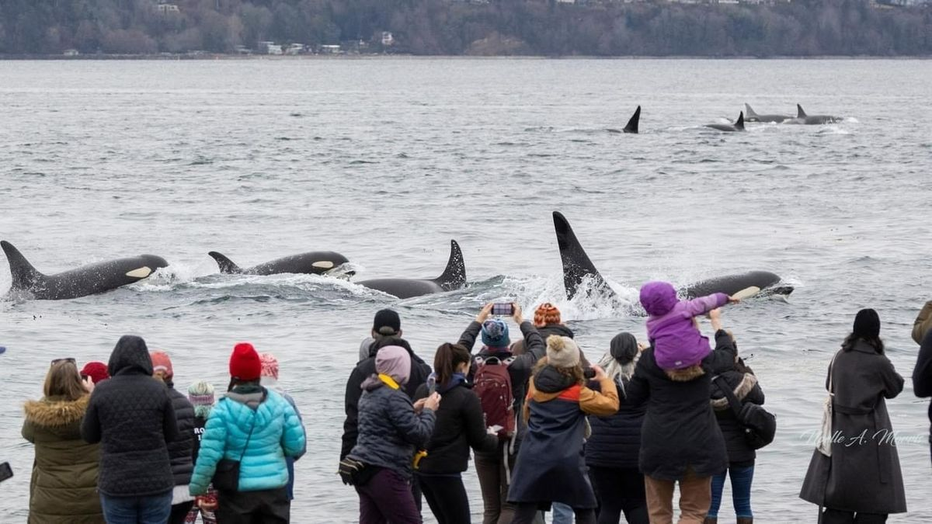 Southern Resident killer whale sightings are still a rare occurrence for whale watchers, as the population remains endangered in proportion to the declining salmon numbers in the state.

The Orca Behavior Institute (OBI) announced that there were 1,221 unique sightings of Bigg’s killer whales in 2022, which is up 154 sightings compared to last year.

A unique sighting is when a specific group of whales is spotted on a single day, but does not include repeat reports of the same whales.

The PWWA also reported a single-day record with 72 Bigg’s killer whale sightings in areas between Hood Canal and Vancouver Island.

Bay Cetology, a Canadian whale research group, says the Bigg’s population has increased by 370 individual whales, with 10 being new calves.

A fun fact for new whale enthusiasts: The Bigg’s killer whales were formerly known as "transient" killer whales, because decades ago, sightings were infrequent. However, their steadily growing presence in the Pacific Northwest has given them the new moniker – named after pioneering killer whale researcher Dr. Michael Bigg.

HUMPBACK WHALE SIGHTINGS ON THE RISE

Researchers with the Canadian Pacific Humpback Collaboration claim to have documented the highest number of humpback whale sightings in a single year for at least the past century.

The PWWA says the previous record of humpback calves was 21, which was set last year.

"2022 was a memorable year full of record sightings and dozens of new calves," says Erin Gless, Executive Director of the PWWA. "20 years ago, it was rare to see humpbacks or Bigg’s killer whales in the Salish Sea. Now, we see them almost every day. It really demonstrates what’s possible if animals have an ample food supply."

VIDEO: Orcas and humpback whales battle in the Salish Sea

The PWWA says the steady increase of whale activity in the Pacific Northwest’s waters are attributed to sentinel actions, which are protective interventions that professional whale watchers perform during their wildlife tours. These actions include stopping other vessels from speeding near whales, alerting ferries, cargo ships and military vessels when whales are nearby. 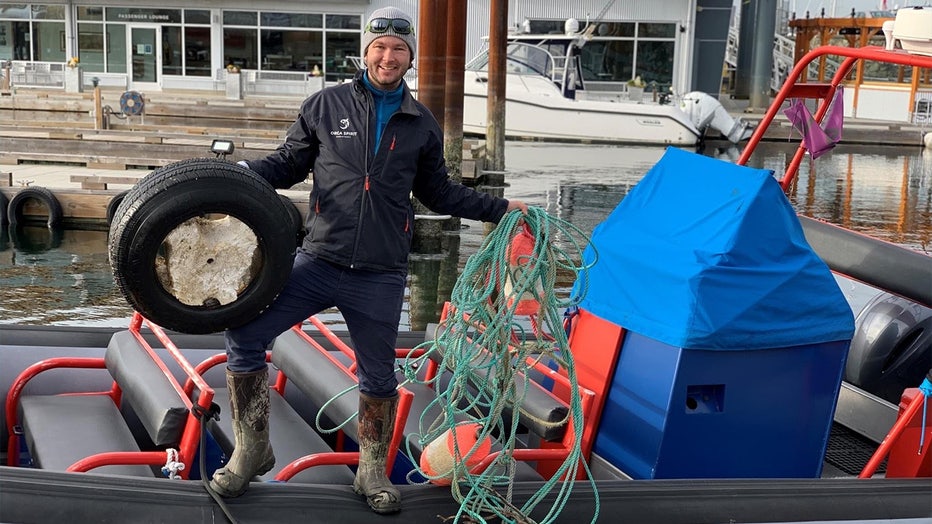