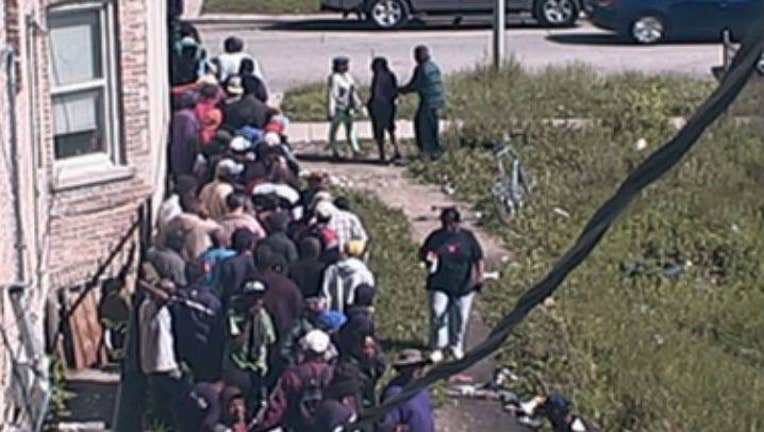 In a photo supplied by the U.S. Attorney’s office, scores of people can be seen lining up to purchase heroin on the 3700 block of West Grenshaw.

In a federal complaint, authorities said 42 defendants had either been arrested or had been named in an arrest warrant.

During the roundup, DEA agents along with Chicago Police officers seized twelve firearms, $50,000 in cash and nearly a half-kilogram of heroin along with cocaine during yesterday’s arrests.

The complaint also alleges James Triplett, 33 of Berkley, was a wholesale supplier of heroin who controlled an entire block with his operation, which included “shift workers” for all hours of the day.

A photo showing people lined up at Triplett's house was included in the federal complaint.

The neighborhood is located just off the Eisenhower expressway and is often referred to as “heroin highway” because of the easy access to the western suburbs as well as the city.