BLOOMSBURG, Pa. – A photo showing a Nazi flag hanging at a vendor stand at a fair in Pennsylvania has sparked outrage after it was posted to Facebook.

Facebook user Chloe Winters, of Scranton, posted the image from the Bloomsburg Fair Sunday night, and within hours, it had been shared thousands of times. 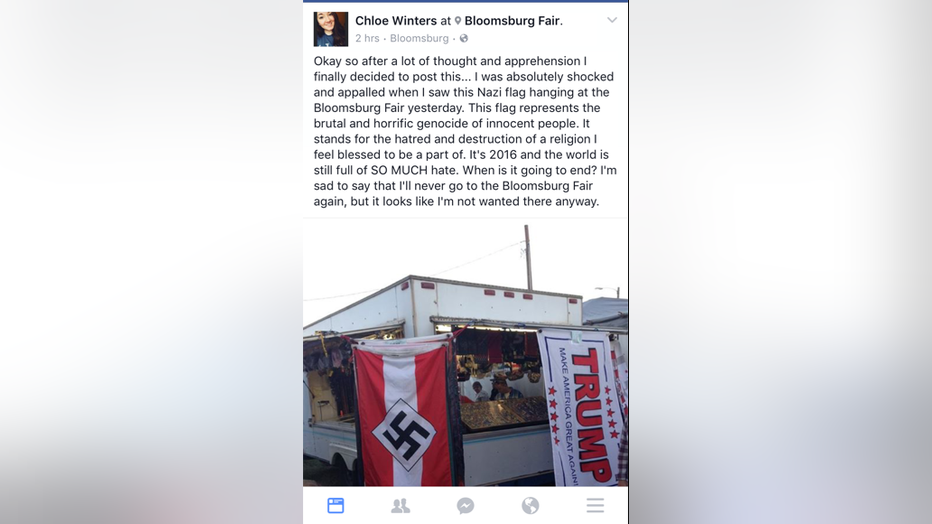 "I was absolutely shocked and appalled,” Winters wrote. “This flag represents the brutal and horrific genocide of innocent people. It stands for the hatred and destruction of a religion I feel blessed to be a part of.” 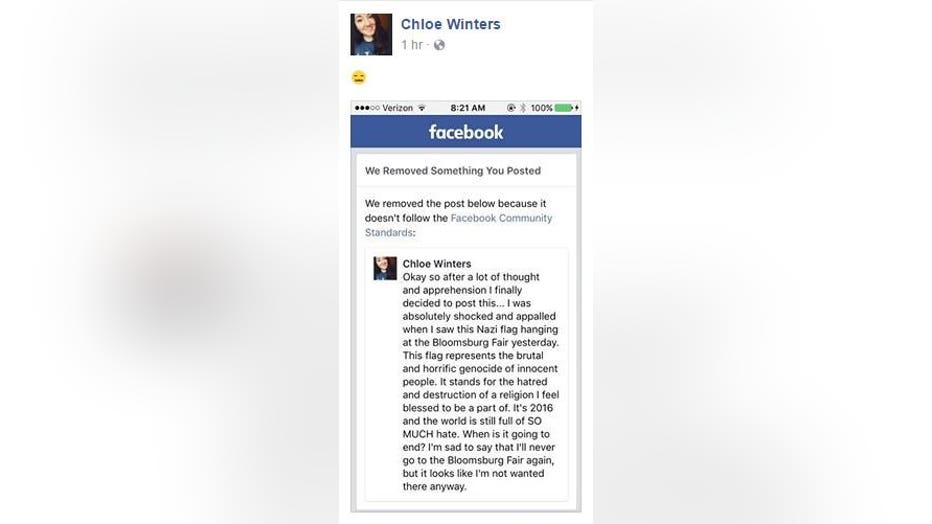 On Monday, Bloomsburg Fair officials said the flags were taken down at that vendor’s stand.

Fair officials said Monday afternoon that the vendor had been removed from the fair after they discovered he was a registered sex offender.

The Bloomsburg Fair posted a statement on its Facebook page saying:

"We were initially unaware of the flag and other merchandise being displayed by a vendor on our fairgrounds. Most posts were made after midnight, and as soon as we were made aware of it early this morning, we took the appropriate action with the vendor to remove those items. Unfortunately, we have over 1200 vendors on our fairgrounds and it’s difficult to monitor each one individually. Whenever someone brings something like this to our attention, we always discuss it with the vendor and take any steps to maintain a family-fun atmosphere at our fair."

Many people posted their outrage on social media.