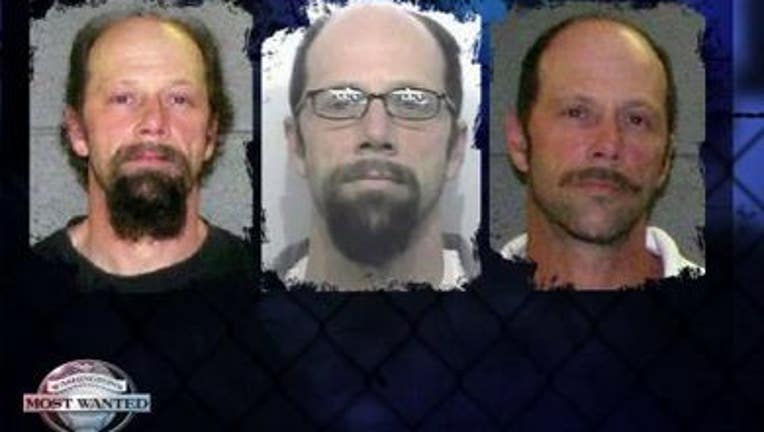 FUGITIVE CAPTURED March 1st, 2013 -- The Clallam County Sheriff's Office says it took just one day on the hunt for the U.S. Marshals Pacific Northwest Fugitive Apprehension Task Force to arrest Philip Shelley Marshals say Shelly gave them a fake name when the found him Friday in downtown Seattle. Didn't work though -- and he was booked into the King County Jail on his Department of Corrections warrant for failing to register as a sex offender. Here's how it all went down: On February 1st, The Clallam County Sheriff's Office says Shelly, who lives in Port Angeles, went on the run from the DOC -- at the same time DOC officers were following up reports that he had been communicating with young females on the internet. He reportedly cut off his GPS tracking device and threw it in a mail box. A Governors’ warrant for his arrest was issued and local law enforcement agencies began searching for him. On February 7, 2013 officers with the Port Angeles Police Department developed probable cause to arrest Shelly. Officers determined that he never returned to his last known address nor applied as a transient sex offender with the Clallam County Sheriff’s Office. An interagency fugitive operation in Clallam and Jefferson Counties during mid February failed to locate SHELLY. This week the Port Angeles Police Department received information that Shelly was in downtown Seattle. On Thursday, the Port Angeles Police Department and the Clallam County Sheriff’s Office asked for assistance from the U.S. Marshals Pacific Northwest Fugitive Apprehension Task Force in locating and arresting Shelly. Marshals hunted hard and quick for Shelly -- saturating the area, both on foot and in vehicles. On March 1st, one day after being notified, the Marshals task force arrested Shelly in the downtown Seattle area.. When confronted Shelly reportedly used a known fake name. Didn't work though, and he was booked into the King County Jail on his DOC warrant. The Clallam County Sheriff's Office says, at this time, the King County Prosecuting Attorney’s offices will be deferring filing new charges on Shelly, and he will be returned to Clallam County. WANTED IN CLALLAM/PIERCE COUNTIES Feb. 15, 2013 – It’s another high-level sex offender alert as the search is on for this convicted child rapist who cut off his GPS tracking device last week -- and dropped it off in a mailbox for deputies to find. Phillip Shelly is a Level 2 sex offender who told cops he was last living at a motel in Port Angeles. But now that he's hacked his ankle bracelet off, detectives think he could be hiding in Pierce County, possibly in graham. Shelly is 52 and is known to hitchhike to get around -- he also shaved his beard before to try and disguise himself. Call the Crime Stoppers tipline at 800-222-TIPS if you know how to help cops get a new tracking bracelet buckled on this missing child rapist. Text a tip here.