Biden, who received his vaccination on Tuesday, had to wait a while because he was infected with COVID-19 over the summer.

Pfizer-BioNTech will begin clinical trials on a combination mRNA vaccine for COVID-19 and influenza, the companies announced Thursday.

The vaccine being tested is a combination of Pfizer-BioNTech’s Omicron-adapted bivalent COVID-19 booster and Pfizer’s mRNA-based flu shot, which is currently in Phase 3 clinical trials. The trial will evaluate the "safety, tolerability and immunogenicity" of a combined mRNA vaccine approach.

"The flexibility and manufacturing speed of the mRNA technology has demonstrated that it is well-suited for other respiratory diseases," Annaliesa Anderson, Pfizer’s senior vice president and chief scientific officer for vaccine research and development, said in a statement.

The World Health Organization estimates 290,000 to 650,000 people worldwide die of flu-related causes every year. In the United States, there are between 12,000 and 52,000 flu-related deaths each year, according to the U.S. Centers for Disease Control and Prevention. As of Nov. 3, roughly 1.1 million people in the U.S. have died from COVID-19.

"Even with existing seasonal influenza vaccines, the burden of this virus is severe across the world," Anderson said.

The Phase 1 study will take place in the U.S. and enroll 180 volunteers from 18-64 years old with a six-month follow-up period, the companies said.

What is an mRNA vaccine? 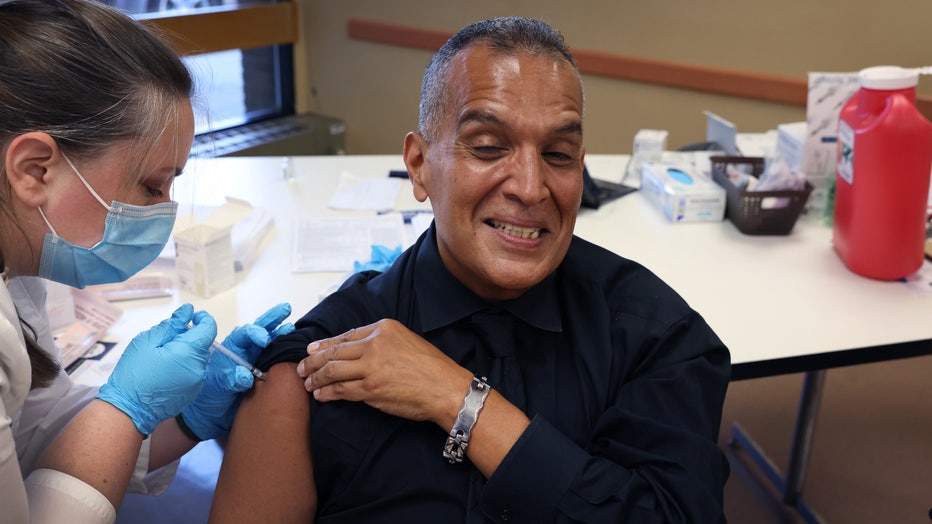 Felipe Sanchez gets a COVID-19 booster shot from pharmacist Patricia Pernal during an event hosted by the Chicago Department of Public Health at the Southwest Senior Center on September 09, 2022 in Chicago. (Photo by Scott Olson/Getty Images)

Vaccines utilizing messenger RNA, or mRNA, teach cells how to make a protein that will trigger an immune response that protects a person from becoming seriously ill from a disease, according to the CDC.

The molecule was first discovered in the early 1960s and research into its uses in medical treatment progressed into the 1970s and 1980s, according to Johns Hopkins University’s School of Public Health.

A flu vaccine based on mRNA was tested on mice in the 1990s, but the first vaccines for rabies and influenza weren’t tested on humans until recently. Kuritzkes said no deaths from those vaccines were reported in those trials.

Scientists say mRNA only lasts in the body for a short period of time before rapidly degrading, making it unlikely that it would cause long term effects.

Can I get the flu shot and COVID-19 booster at the same time? 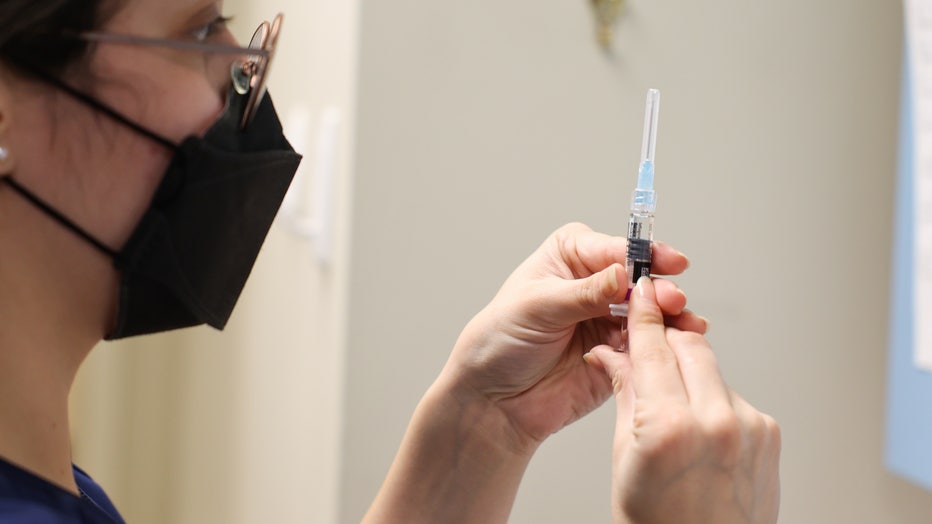 If you’re due for both a flu shot and a COVID-19 vaccine or booster, the CDC said it’s safe to get them at the same time.

Data showed that people who got both at the same time were slightly more likely to have reactions including fatigue, headache, and muscle ache than people who only got a COVID-19 mRNA booster shot, "but these reactions were mostly mild and went away quickly," the CDC said.