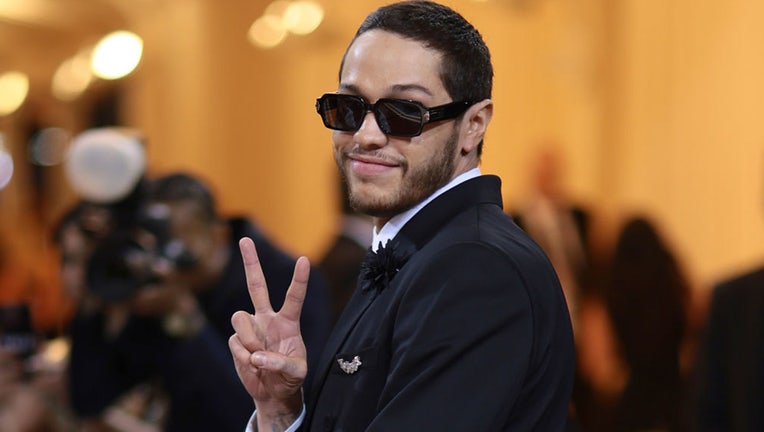 FILE - Pete Davidson attends The 2022 Met Gala Celebrating "In America: An Anthology of Fashion" at The Metropolitan Museum of Art on May 02, 2022 in New York City. (Dimitrios Kambouris/Getty Images for The Met Museum/Vogue)

Pete Davidson’s time at "Saturday Night Live" is drawing to a close.

The comedian, who has been a fixture at 30 Rock, is set to exit stage left after eight seasons that saw Davidson, 28, join the Lorne Michaels series in a proverbial little brother capacity at age 20.

Per Variety, Davidson is expected to sign off this weekend during the "SNL" season 47 finale.

It's unclear what Davidson will do next, though he has dabbled in acting with movies like "King of Staten Island."

Furthermore, Deadline reported further "SNL" shakeups, revealing that longtime stars Kate McKinnon and Aidy Bryant, as well as Kyle Mooney are also leaving at the end of this season. 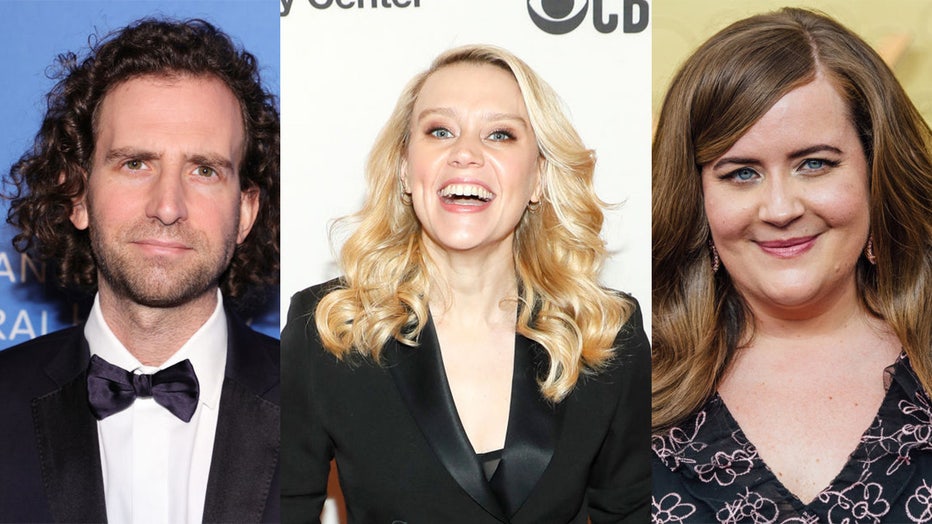 PETE DAVIDSON SAYS 'SATURDAY NIGHT LIVE' EXIT COULD BE COMING, FEELS HE'S THE BUTT OF TOO MANY JOKES

Davidson, who joined the cast of "SNL" in 2014, didn’t appear in many sketches at first, largely appearing as himself for segments of "Weekend Update," but as his tenure stretched on, he became more involved and routinely appeared in sketches, some included impersonating former New York Gov. Andrew Cuomo.

Since being plucked from obscurity, Davidson has mainly delivered big for the series, but his time in Studio 8H was not without its share of schism along the way.

In 2020, the standup comedian ignited a wave of controversy after discussing his experience on the NBC series, stating, "I’m literally painted out to be this big dumb idiot."

"I personally think I should be done with that show because they make fun of me on it," he said in a sit-down interview with close pal Charlamagne tha God.

At the time, Davidson has also skipped the "SNL" afterparty at L’Avenue at Saks. John Mulaney reportedly spoke at the party "about how ‘SNL’ can be very cutthroat sometimes," a source told Page Six at the time.

In October, Davidson appeared with his now-girlfriend Kim Kardashian during a segment for "SNL."

Despite the tensions, Davidson said he still leans on Michaels and even referred to the executive producer as a "father figure."

"He’s the best and has treated me with nothing but love," Davidson raved of Michaels.

ELON MUSK'S ‘SNL’ CONTROVERSY HAS PETE DAVIDSON CONFUSED: ‘THIS IS THE DUDE EVERYONE’S FREAKED OUT ABOUT?'

He also told The Hollywood Reporter in a 2021 roundtable while discussing his mental health that he may soon be ready to throw in the towel.

"Yeah, I’m good. I’m surprised I made it to seven [seasons]," he said while discussing Kenan Thompson’s record-breaking 18-season run on the show. "I’m ready to hang up the jersey. Kenan’s, like, f------ Karl Malone out there."

"I was in a really different place a year or two ago, and I’m not exactly proud of how I handled or was handling things a few years ago," he admitted. "Looking back on it, you’re like, ‘Oh, come on, dude,’ but luckily a pandemic happened, and I got kicked in the balls and had to sit with all of my immature, irrational decisions."

The star said that as he was beginning to struggle with his mental health, he was "so happy" to learn that "SNL" would resume filming once again during the coronavirus pandemic.

"I was literally sitting in a room with my own thoughts, and I was feeling really bad," explained Davidson. "I felt really lucky, and I was really excited just to, like, work and see people, and I kind of had a different outlook for this season and kind of moving forward."

He added: "Not working at all really sucked."

During the season 46 finale, Davidson also made a signature appearance during the "Weekend Update" segment and hinted at an impending exit.

"I’m very grateful to be here, and it’s been an honor to grow up in front of you guys," he added at the time.

Senior cast members Michael Che, Colin Jost, Cecily Strong and Kenan Thompson are among names who have reigned on the show for eight seasons or longer, with Thompson having cemented himself as the longest-tenured cast member in the show’s history.

Reps for Davidson and NBC respectively did not immediately respond to Fox News’ request for comment.

Julius Young is an entertainment reporter for Fox News Digital.