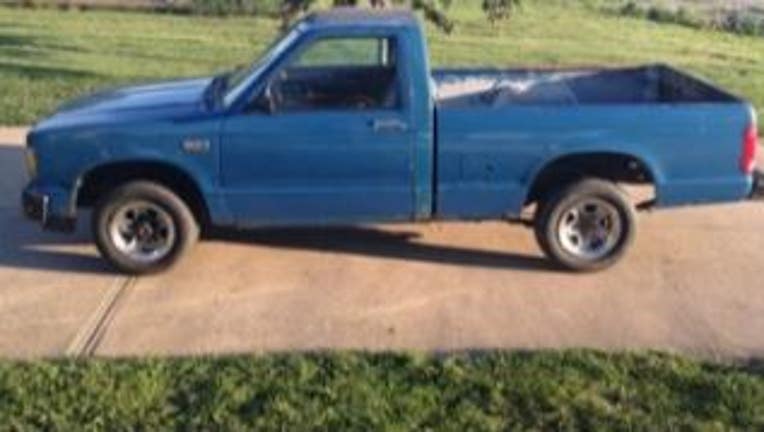 TACOMA, Wash. - A woman was sent to the hospital with serious injuries after a hit-and-run at a protest in Tacoma on Jan. 26.

According to Tacoma police, a truck drove up over the curb outside the Lemay Car Museum and hit the woman standing there before driving off. Witnesses say the hit seemed intentional.

A public meeting hosted by Tacoma Safe was held at the museum that day. Tacoma Safe is a community-led campaign advocating for the City Council to address rising crime.

Police have not specified what the group was protesting.

The woman was taken to the hospital and suffered life-threatening injuries.

The victim's twin, Marie McDonald, said her sister was hit from behind. MacDonald said she had a broken pelvis, a concussion, internal bleeding, several cuts and bruises and an inflamed abdomen.

The suspect vehicle is described as a blue truck similar to what is pictured above, likely with damage on the passenger side. The side mirror may also be missing.

Crime Stoppers of Tacoma/Pierce County is offering a reward of up to $1,000 for information that leads to an arrest and charges. Submit an anonymous tip by calling 1-800-222-TIPS.

Since Tuesday evening, there have been about a dozen suspicious fires in Tacoma and Ruston, and police said they are investigating them as arsons.