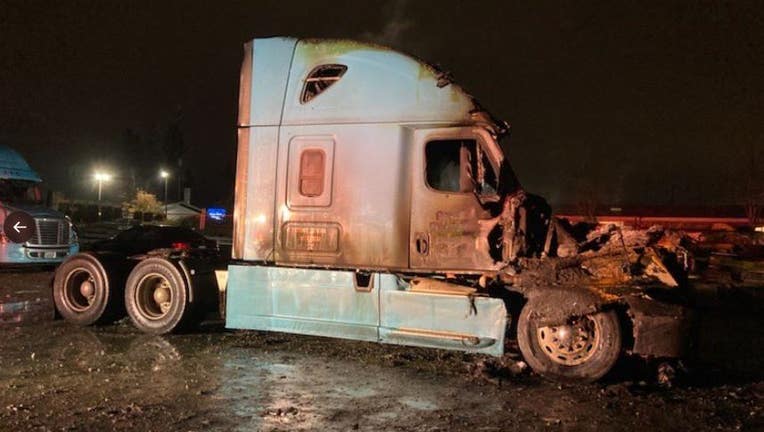 EVERETT, Wash. - Everett Police are investigating a possible arson after a body was found inside a burning semi-truck.

Fire and police crews responded to calls of a truck fire in the 1200 block of 108th St. SW in Everett, just off of Highway 99.

Crews were able to put out the fire and found a person dead inside.

It's unclear if the semi-truck crashed, or if a person was placed inside and it was set on fire.

However, police said arson investigators are on the scene looking into the cause.