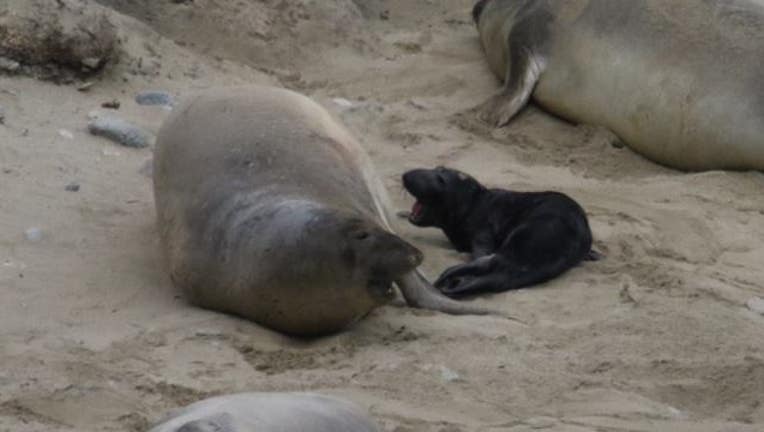 Officers and others tried to coax the seal into the open water, but she continued to try to cross the highway, CHP said.

"She's a 900-pound elephant seal -- she pretty much does what she wants," Barbie Halaska, a research assistant at the mammal center, told the San Francisco Chronicle.

The seal was eventually sedated and relocated to to Point Reyes, where on Saturday she gave birth to a pup, the Point Reyes National Seashore said on its Facebook page.

“The birth was seen from the Elephant Seal overlook at Chimney Rock,” the post said.