LAREDO, Texas (Border Report) — Federal authorities say they are noticing a new trend in drug smuggling: unsuspecting U.S. residents taking their cars for minor repairs to Mexico and coming back with drugs stashed in hidden compartments.

“A lot of times the ‘mule’ (drug courier) doesn’t even know what he or she is bringing and a lot of times the stories seem to be legit: the vehicle had a GPS tracker and the other guys were pretty much seeing where the vehicle was parked and waiting to remove the narcotic,” said a CBP official in Laredo, Texas, who spoke on the condition that he not be identified. 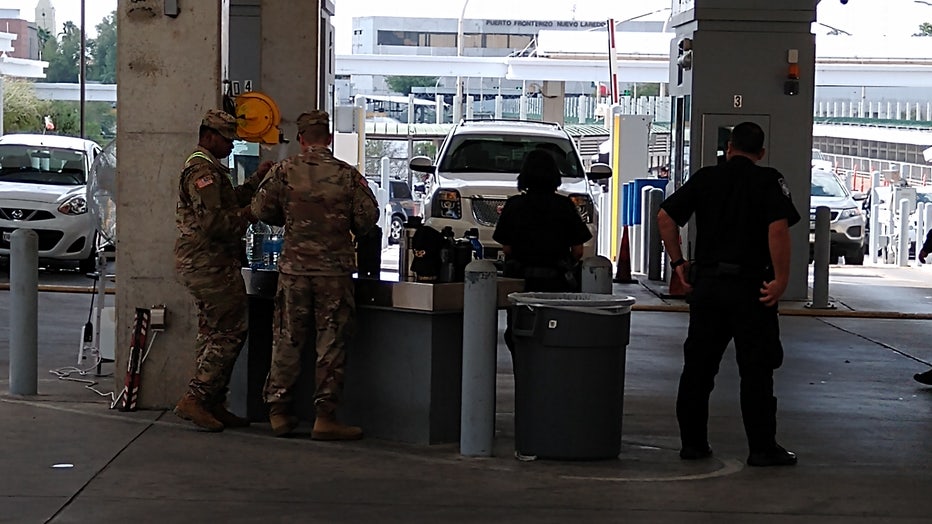 Taking vehicles across the border for repairs after an accident is a common practice among long-time border residents stuck with high insurance deductibles or not wanting to report a claim to avoid steep hikes in their premium. Repairing a damaged door and fender can cost less than $500, border residents say.

The CBP official said sending drugs through a person that doesn’t know he or she is a courier minimizes the cartels’ collateral damage. Their operatives aren’t caught and the unsuspecting courier can’t provide much information about the sender.

“They also don’t get nervous during inspections because they don’t know what they’re carrying,” he said.

The official recommends that anybody crossing the border be open and cooperative with the CBP officers conducting inspections at ports of entry at all times.

In the 2018 Fiscal Year, the Laredo field office of CBP confiscated nearly a quarter of a billion dollars in drugs at eight ports of entry from Brownsville to Del Rio, Texas. Although marijuana led all seizures in tonnage, it’s both methamphetamine and heroin that are on the rise — 28% and 20%, respectively — over the previous fiscal year. This has to do with the Mexican drug cartels’ profit margins, the CBP source said.

“In this region, meth is big. We tend to see that more often than other kinds of drugs. It has great demand. It’s cheap to produce and it can be diluted at times. It’s a lucrative product in a smaller amount, whereas marijuana is not,” he said.

The official added marijuana has lost its “kick” as a commodity among the drug cartels because they need to bring over large amounts to make a profit. Also, several states can sell marijuana legally now, something that has reduced the demand for the illegal Mexican variety, the source said. Laredo CBP officials have stopped shipments of up to 60 pounds of methamphetamine at the ports of entry. Sometimes, the drug was liquefied and poured inside bottles, cans and other containers.

“We see that a lot in canned vegetables, canned fruit and beer bottles. They’ll just remove the tops, pour it in and replace the tops. We still see it a lot in the gas tank, still. And we have seen crystal meth passed off as Mexican spicy candy; it’s made to look as if the package was still factory-sealed,” the CBP official said. 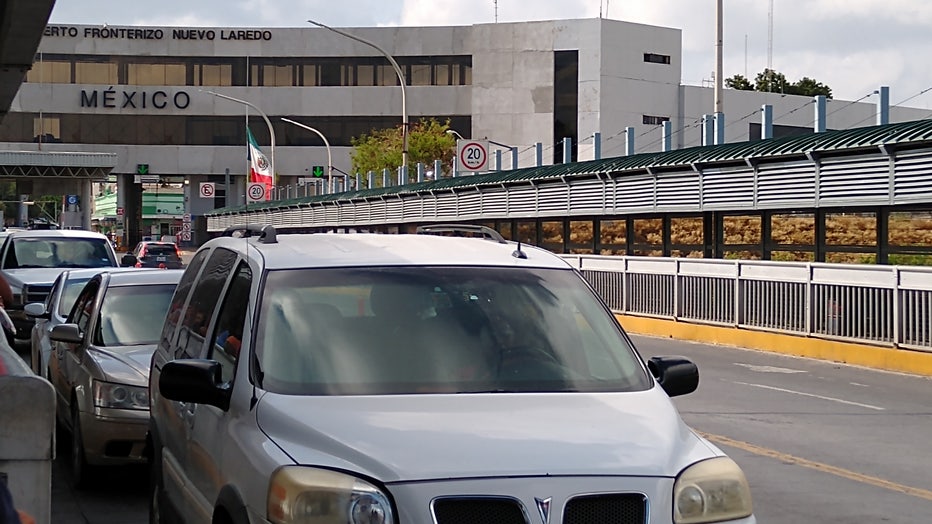 Vehicles come across from Nuevo Laredo, Tamaulipas, Mexico into the Gateway to the Americas Bridge in Laredo, Texas. (Border Report/Julian Resendiz)

When asked if Mexico remains a safe place for Americans to visit despite the drug activity, the CBP source said, “the official answer is, ‘look up the State Department travel advisories.'”

According to the State Department Web page, U.S. citizens should exercise caution when traveling to Mexico due to “widespread crime and kidnapping.” Some areas, however, can be a lot more dangerous than others. For instance, the Mexican states of Colima, Guerrero, Michoacan, Sinaloa and Tamaulipas are under the highest threat advisory due to crime. The State Department doesn’t recommend people travel there.

In the case of Guerrero and Michoacan, Border Report has reported that the Cartel Jalisco New Generation is fighting other groups for control of regions where opium poppies are grown. The plant is used in the manufacture of heroin.

Colima and Sinaloa are in the zone of influence of the Sinaloa Cartel, where infighting has been reported since the extradition to the United States of now-convicted drug lord Joaquin “Chapo” Guzman.

Tamaulipas is across the border from Laredo and the Rio Grande Valley. The State Department has instructed its consular employees to travel only in known safe areas of Nuevo Laredo and Matamoros. It has also set a curfew of midnight to 6 a.m.

“If you want my take, if you decide to go, go during the day. Don’t go at night. I don’t go to Mexico unless I have a meeting, but I know that 12,000 vehicles come through (from Nuevo Laredo) every single day as do 10,000 pedestrians and they’re fine,” he said.

“Are there gun battles? Yes,” he added. “Is it daily? No. But they’re weekly, at least. Most of those battles are cartel-on-cartel or military-on-cartel. You may be an innocent bystander, but other than that (the risk) is maybe getting robbed.”

It also warns that Mexican police have limited capability to respond to violence in many parts of the state.

Border Report previously reported on a kidnapping of a Mexican teacher seeking asylum in the U.S. who was taken off a bus at a clandestine checkpoint by the Zetas because he couldn’t pay a “safe conduct” fee.

The CBP source says the Cartel del Noroeste (Northeast Cartel), formerly known as the Zetas, is most active in Tamaulipas although the Gulf Cartel controls the eastern parts abutting Texas’ Rio Grande Valley.

“If a territory is going to be valuable to a cartel, it’s going to be fought for more so than one that is not valuable,” he said. “In the case of Reynosa, they look at how much land there is between ports of entry and whether it’s easy to cross through those ports of entry. I’m sure they also consider stash houses they have on both sides and if they can blend in.”

But, as another CBP source who was present during Monday’s interview weighed in, “If you go looking for trouble, trouble will find you.”

Visit the BorderReport.com homepage for the latest exclusive stories and breaking news about issues along the United States-Mexico border