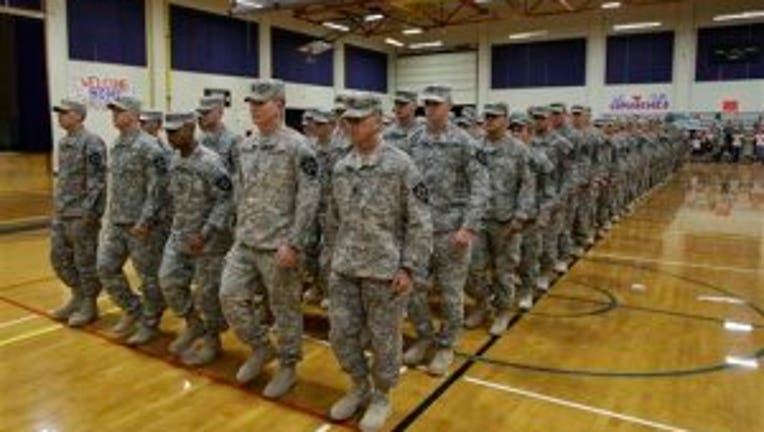 SEATTLE -- More than 4,000 soldiers from Joint Base Lewis-McChord took part Friday in a deactivation ceremony as part of the Pentagon's restructuring plan to downsize the nation's military and save billions of dollars.

The 4th Brigade, 2nd Infantry is one of five brigades across the country this year that will deactivate and retire their colors until called upon again to return to service.

Some of the soldiers and their families will stay in Western Washington but many of these men and women will be transferred immediately to Fort Carson in Colorado.

Tens of thousands of soldiers and marines are planned to be cut during this major restructuring.

Colonel Jody Miller said the men annd women who make up the 4-2 Brigade are very proud of their unit.

Col. Miller said, "That service means something to those soldiers and those unit colors and the combat streamers they fought and in some cases died for…in fact 58 of our raiders gave the ultimate sacrifice…well that means a lot to those gold star families.”