In briefs submitted with the Supreme Court on Thursday, Georgia, Pennsylvania, Michigan, and Wisconsin slammed the Texas lawsuit to prevent those four states from casting their electoral votes as a "meritless" effort to "decimate the electorate of the United States."

The response briefs were filed just ahead of a 3 p.m. deadline the Supreme Court previously gave the states to respond to the Texas suit. The legal action led by Texas Attorney General Ken Paxton -- without the support of his own Solicitor General Kyle Hawkins -- is a remarkable effort to essentially overturn the result of a presidential election after returns have already been certified and presidential electors selected.

It is also unique in that it aims to take advantage of the Supreme Court's original jurisdiction in disputes between states, bypassing lower federal courts, which have uniformly ruled against other election-related litigation by President Trump and his allies.

The Texas suit gained the backing of 17 other states Wednesday when, led by Missouri, they filed a brief endorsing the Paxton's case. Then on Thursday, Missouri and five other states filed another brief with the Supreme Court this time asking to be allowed to join Texas as litigants in the case.

The case has also gained support from 106 members of Congress who signed onto a brief backing the case but sparked widespread opposition from Democrat-controlled jurisdictions. Washington, D.C. Attorney General Karl Racine led 22 states and territories in filing a brief Thursday against the Texas suit. 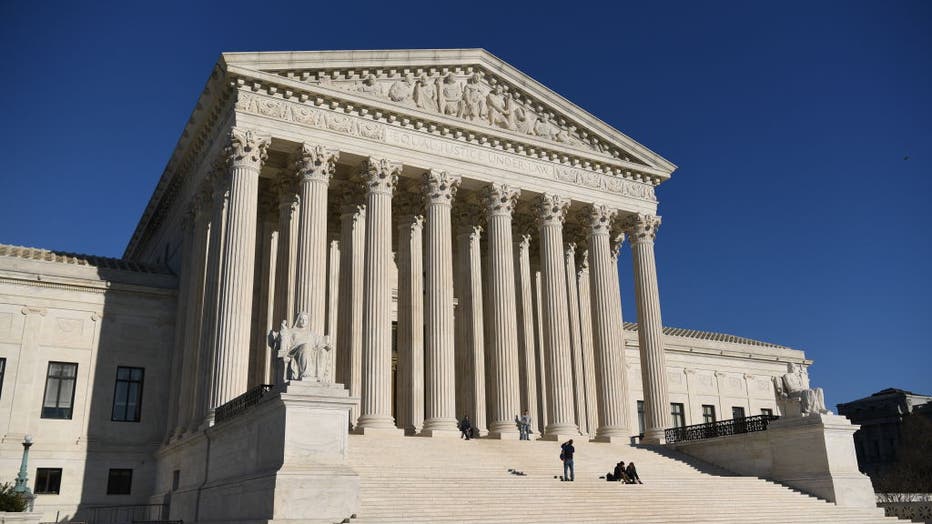 The Supreme Court of the United States of America. (Photo by Jonathan Newton / The Washington Post via Getty Images)

But despite the widespread support from red-state attorneys general for Texas' case, attorneys general Pennsylvania, Michigan, Georgia, and Wisconsin attacked the suit in their responses as "meritless" and nakedly political.

"Texas waited until now to seek an injunction to nullify Pennsylvania’s election results because all of the other political and litigation machinations of Petitioner’s preferred presidential candidate have failed," the Pennsylvania brief, led by Attorney General Josh Shapiro, states.

"The Trump campaign began with a series of meritless litigations. When that failed, it turned to state legislatures to overturn the clear election results," Pennsylvania continued. "Upon that failure, Texas now turns to this Court to overturn the election results of more than 10% of the country. ... Texas literally seeks to decimate the electorate of the United States."

"Those changes by the Georgia Legislature in 2019—combined with the 2020 election’s record turnout and extensive public and private educational efforts regarding voting procedures—explain the allegedly lower rejection rates better than Texas’s factless speculation about the (lawful) steps taken to process absentee ballots," Georgia said.

The Peach State's brief added: "Texas’s claims are no different than the multiple cases pressed in state and federal courts in Georgia over the past weeks. Since the November election, there have been at least six Georgia cases alleging that state election officials violated the law. ... And none of that litigation has gone anywhere."

Wisconsin, meanwhile, took issue with Texas' characterization of its actions on ballot dropboxes, voter ID for the infirm, and the handling of witness addresses.

Kaul and Wisconsin urged the Supreme Court to not even agree to hear the Texas case.

"Texas asserts that this Court’s intervention is necessary to ensure faith in the election. But it is hard to imagine what could possibly undermine faith in democracy more than this Court permitting one state to enlist the Court in its attempt to overturn the election results in other states," the Wisconsin brief says. "Merely hearing this case—regardless of the outcome—would generate confusion, lend legitimacy to claims judges across the country have found meritless, and amplify the uncertainty and distrust these false claims have generated."

Michigan, led by Attorney General Dana Nessell, also laid out a variety of factors that it believes weigh heavily against the Texas case.

"The base of Texas’s claims rests on an assertion that Michigan has violated its own election laws. Not true," the Michigan brief says. "That claim has been rejected in the federal and state courts in Michigan, and just yesterday the Michigan Supreme Court rejected a last-ditch effort to request an audit. Not only is the complaint meritless here, but its jurisdictional flaws abound and provide solid ground to dispose of this action."

The crux of the arguments from Texas and the states that support it is that the Constitution gives only state legislatures the power to set rules regarding presidential elections. Therefore, when the executive and judicial branches in Wisconsin, Michigan, Pennsylvania, and Georgia changed how their elections would work this year in light of the coronavirus pandemic, their elections became invalid.

"When non-legislative actors in other States encroach on the authority of the 'Legislature thereof' in that State to administer a Presidential election, they threaten the liberty, not just of their own citizens, but of every citizen of the United States who casts a lawful ballot in that election—including the citizens of amici States," the Wednesday brief filed by Missouri and 16 other states says.

But most legal experts agree that for many procedural reasons the Texas case is almost certain to fail and that their merits argument is fatally flawed too.

"To begin with, the imagined 'rule' is universally ignored since states have in fact allowed their governors, judiciaries, or both to make rulings and determinations affecting the manner in which presidential elections are held and electors thus chosen," Walter Olson of the libertarian Cato Institute told Fox News. "Texas has done this too."

"This is political posturing through litigation. Not one of those attorneys general believes they are entitled to win," he told Fox News. "As lawyers, that should stop them from signing onto such an action. But they are acting as politicians, not lawyers here — to the detriment of the rule of law."