Pelosi calls for Pence to remove Trump with 25th Amendment

House Speaker Nancy Pelosi has joined Senate Democratic leader Chuck Schumer and a growing chorus of lawmakers calling on President Donald Trump’s Cabinet to remove him from office following Wednesday’s violent assault on the Capitol by the president’s supporters.

It also resurfaces a question with no certain answer: What would happen if a military commander determined, based on legal judgment, that a president's nuclear launch order was illegal? The commander might refuse such an order, but then what?

Here’s how the 25th Amendment to the US Constitution works

It was created to clarify the rules for replacing a deceased or incapacitated president, ultimately ratified in 1967.

Trump has given no indication he is considering using nuclear weapons, but Pelosi expressed worry that an "unhinged" president might start a war. She said she spoke Friday to Gen. Mark Milley, chairman of the Joint Chiefs of Staff, about "available precautions" to prevent Trump from initiating military action or ordering a nuclear launch, and she told colleagues she was given unspecified assurances that there are longstanding safeguards in place.

A spokesman for Milley, Col. Dave Butler, confirmed that Pelosi called Milley. "He answered her questions regarding the process of nuclear command authority," Butler said, declining to reveal details.

RELATED: Breaking down how the 25th Amendment to the US Constitution works

Pelosi's concerns highlight the fact, dating to the dawn of the nuclear age in the 1940s, that the president has the sole authority to order a U.S. nuclear attack. None since Harry Truman has done so. The president is not required to gain the consent of anyone else — not within his administration, not in the military, not in the Congress. There are, however, some safeguards that could come into play.

Although it would be unprecedented, a military officer could refuse to obey a president's order to launch a nuclear weapon if a legal assessment concluded that it constituted an illegal act under the internationally recognized laws of armed conflict. This is a murky area, given that the circumstance has never arisen.

"If the military gets an illegitimate order from the president of the United States, the military can and should refuse that order in a situation where it is widely seen that the president is unfit and incapable of making a rational decision," said Tom Z. Collina, co-author with former Defense Secretary William J. Perry of a book, "The Button," about nuclear dangers and presidential command authority.

Under existing procedures, a president who was considering the need to use nuclear weapons would be expected to consult with advisers, most likely to include the secretary of defense, the chairman of the Joint Chiefs of Staff, and the commander of U.S. Strategic Command, which has operational control over the nuclear arsenal. Various assessments would be made, including the legal aspects of strike options. 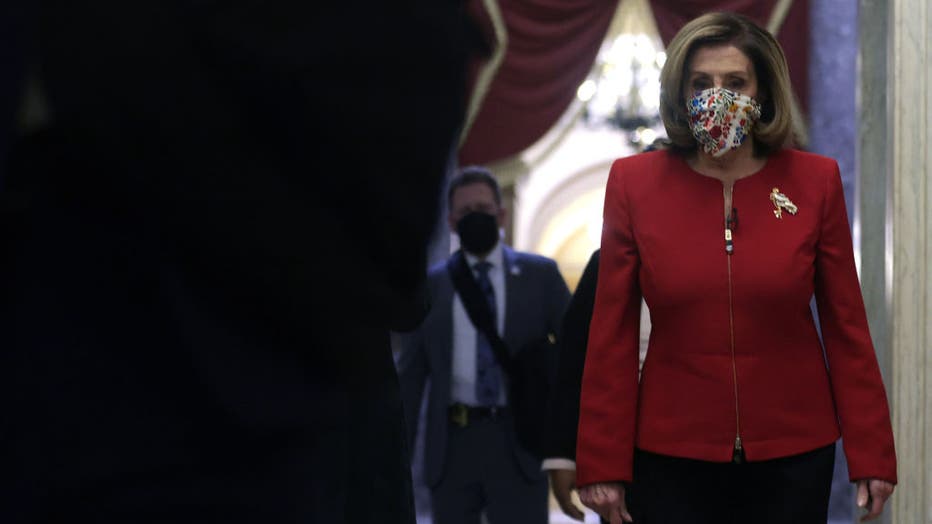 The current arrangement in which sole authority to order a nuclear launch rests with the president is not written in law. It was created by Truman as a means to keep decisions about use of the world's most dangerous weapons in civilian rather than military hands. The authority is considered inherent in a president's constitutional role as commander in chief.

Collina, Perry and others have been pushing for Congress to alter the nuclear command authority so that it is shared between the president and the Congress.

"A president can launch nuclear weapons unilaterally, at any time, without any provocation," Collina and Perry wrote in their book. "Given the fallible nature of humans, certainly including presidents, this is a grave concern. But we worry even more what a president might do in a crisis situation, where emotions run high and decision time is short."

The issue has been raised repeatedly during Trump's presidency. In November 2017 the Senate Foreign Relations Committee held a public hearing on the subject — the first hearing of its kind in several decades.

Testifying at that hearing, a former commander of U.S. nuclear forces, retired Air Force Gen. Robert Kehler, was asked what would happen if a president ordered a nuclear strike, for whatever reason, and the four-star general at Strategic Command balked or refused, believing it to be illegal.

"You’d be in a very interesting constitutional situation," Kehler replied.

Also in November 2017, the Air Force general who was commanding Strategic Command at the time raised the possibility of having to refuse an illegal launch order. That officer, Gen. John Hyten, who is now the vice chairman of the Joint Chiefs of Staff, stressed that in any circumstance the military is obliged to only follow legal orders.

"I provide advice to the president," Hyten said. "He’ll tell me what to do, and if it’s illegal, guess what’s going to happen? I’m gonna say, ‘Mr. President, that’s illegal.’ Guess what he’s going to do? He’s going to say, ‘What would be legal?’ And we’ll come up with options of a mix of capabilities to respond to whatever the situation is, and that’s the way it works. It’s not that complicated."