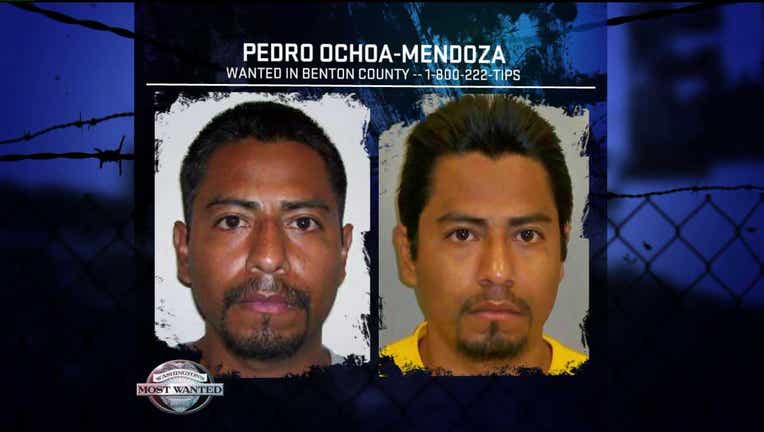 FUGITIVE CAPTURED Feb. 11, 2013 -- The Department of Corrections caught Pedro Ochoa-Mendoza on Monday. He was tracked down by his Community Corrections Officer, and booked into the Benton County jail. The arresting officers says Ochoa-Mendoza told him he knew he was on Washington's Most Wanted. FUGITIVE WANTED IN BENTON COUNTY Feb. 1, 2013 -- Pedro Ochoa-Mendoza was convicted of kidnapping and sexually assaulting an elderly woman who was out for a walk. He’s a Level 2 sex offender and  spent seven years in prison for that crime. But now he's out, and breaking his probation in the Tri-Cities. Ochoa-Mendoza is 30 years old and is heavy into gangs. He’s also inked with several tattoos and is believed to be hiding somewhere between Yakima and the Tri-Cities. Call Crime Stoppers at 800-222-TIPS, if you can get this missing sex offender back on the map in Benton County. You can text a tip here.