SEATTLE -- Police say a pedestrian was struck by a car Thursday morning in downtown Seattle.

Just before 10 a.m., police and fire units responded to reports of a three vehicle crash involving a pedestrian at the intersection of 1st Avenue and Columbia Street, Seattle police said.

The pedestrian was taken with life-threatening injuries to Harborview Medical Center, firefighters said.

First Avenue was closed from Cherry Street to Marion Street, and the Columbia Street on-ramp to southbound SR 99 Viaduct. The roadways have since reopened.

A preliminary investigation indicates a truck traveling southbound on 1st Avenue collided with a car traveling westbound on Columbia Street. The vehicles hit another car, and the pedestrian. 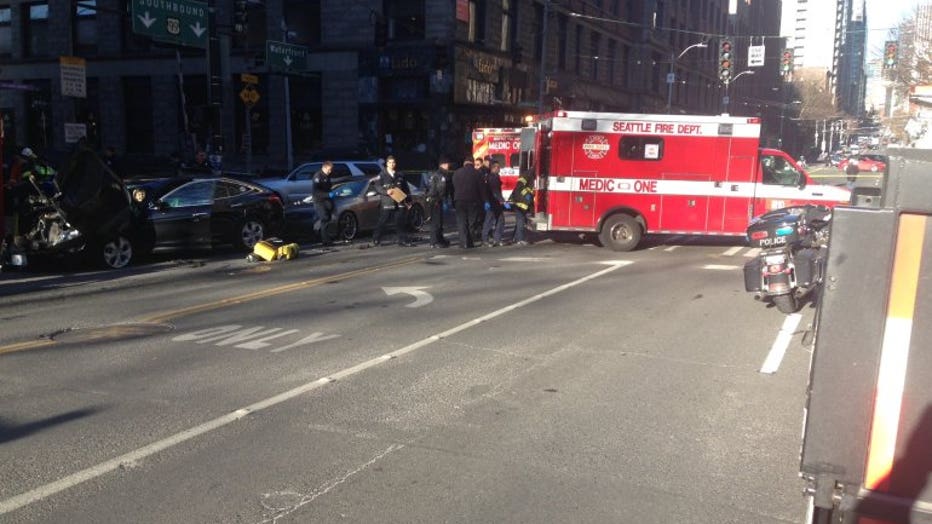