That's what 62-year-old Mike Momany, who himself is homeless in Seattle, hopes people will do.

After working as a contract programmer for years, he got into financial trouble when business slowed, and he has been experimenting with new ways of making money ever since. One plan is to launch a marijuana tour that would show people around local pot-growing operations, which have recently become legal in Washington state.

But for now, he is offering a three-day tour that he calls a "private course in Applied Homelessness." 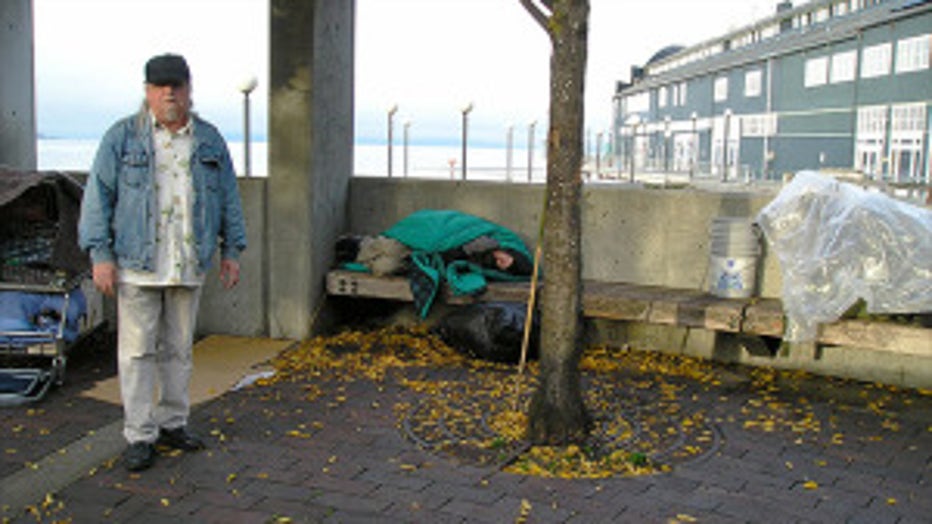 Upset by the growing homeless population in Seattle, which has shot up by 15% since 2007, to more than 9,000 people this year who are living in shelters or on the streets, Momany claims he wants to get people thinking about new ways to solve homelessness. But he wants to make a business of it, too.

No one has signed up for a tour yet, but he says he's in talks with a few interested parties.

Momany said he'll disguise his customers as homeless people, give them a new name and "a simple life script" to use. Tour-goers would stay at a $15-per-night hostel, in the same building as a homeless shelter and only one notch above shelter conditions. (Since it's divided by gender, the tour isn't available to women).

They will visit several popular homeless hangouts, like the Seattle Public Library, talk to other homeless people, panhandle, nap on benches and roam the streets at 3 a.m. on one of the nights.

"Homeless people are not tourist attractions. They have enough issues without this company profiting off exploiting them as well," one commenter on a Seattle Post-Intelligencer story about the tour recently wrote.

MJ Kiser, program director at Compass Housing Alliance in Seattle, said Momany's tour would use up much-needed resources like housing and food, and that his $2,000 fee "could help a homeless family for two months or provide meals for all of the folks in Compass shelters one night."

Michael Stoops, director of community organizing at the National Coalition for the Homeless, said he thinks Momany's intentions are in the right place, but he doesn't think it's right to charge $2,000 or for Momany to pay himself such a big fee.

If the experience is really about giving people an inside look at homelessness, then it shouldn't be about turning a profit, Stoops said.

The nonprofit coalition offers a similar program, called the Homeless Challenge: People can spend 48 hours living on the streets of Washington, D.C., with a guide who is either currently or formerly homeless. The organization asks people for a $50 nightly donation to local shelters if they can afford it.

"It's not a moneymaker," Stoops said. "We do it to give the experience and to let them interact with other homeless folks."

That's where Stoops and Momany agree. "Everyone could benefit from spending some time on the streets as long as it's done in an ethical, safe manner and homeless people are involved," said Stoops.