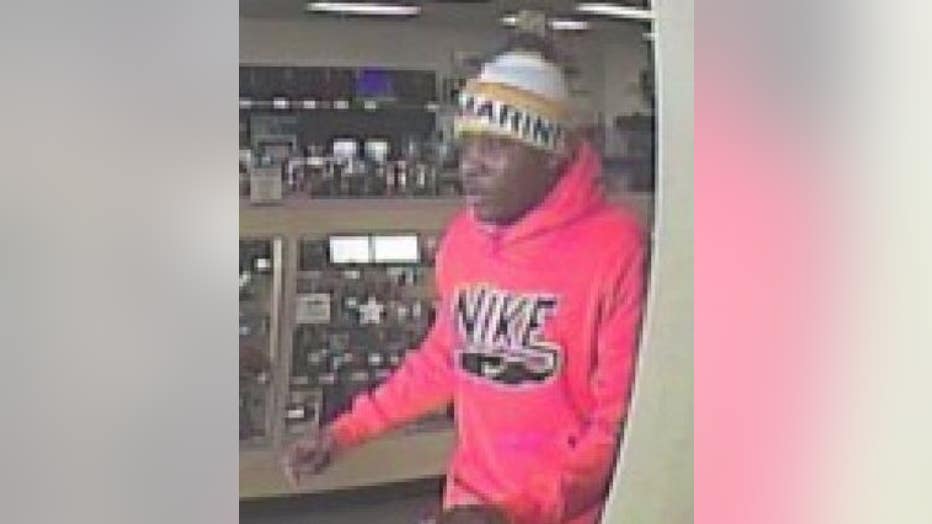 UPDATE February 25, 2015 Renton police say the suspect believed to be the lookout has been identified. The suspect in the orange Nike sweatshirt, who detectives say is the main thief, is still unidentified. FUGITIVES WANTED IN RENTON February 20, 2015 -- Renton police hope someone recognizes these two suspects accused of stealing thousands of dollars’ worth of jewelry from a pawn shop -- then taking off in a stolen car. Detectives say on January 30th, the man in the orange Nike sweatshirt acted as the lookout while the other suspect ripped off the shop. If you can identify these men, call an anonymous tip into: CRIME STOPPERS: 1-800-222-TIPS You must call the Crime Stoppers hotline with your tip to be eligible to receive a cash reward for information leading to a fugitive’s arrest. CLICK HERE for information on how to TEXT A TIP to Crime Stoppers