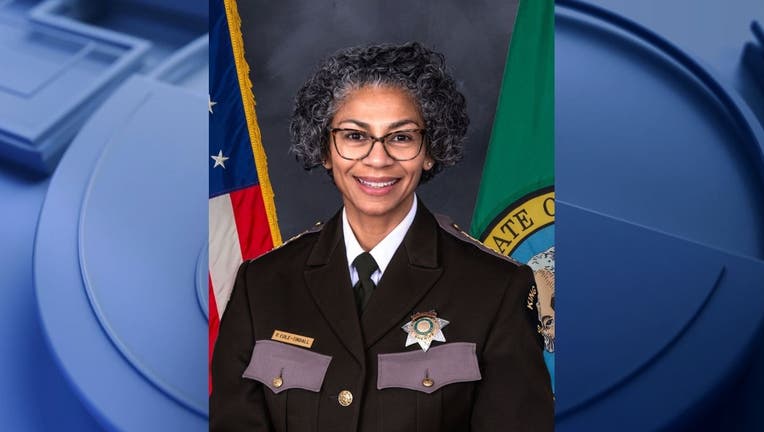 The announcement was made Tuesday morning at Steve Cox Memorial Park in White Center.

"The mission of the Sheriff’s Office is to improve the quality of life and preserve public safety for the people of King County. To meet the needs of our community, we must rethink and reimagine how to deliver on that promise, and there’s no better person to do that and serve as Sheriff than Patti Cole-Tindall," said Executive Constantine. "Her experience as a leader, rooted in accountability and equality, and her credibility in the community and within the Sheriff’s office ranks, are the exact combination of qualities we were looking for in a Sheriff."

The King County Council will host a hearing on May 18 to take a preliminary vote. A final confirmation vote will follow soon after.

This is the first time a sheriff has been appointed in King County after voters decided they wanted the sheriff to be appointed - rather than elected by a vote of the people.

"I am honored and humbled to be selected to serve as the next King County Sheriff. I am looking forward to the future of not only the agency but also the community as we work collaboratively to co-create the public safety agency that meets the needs of the residents in King County," said Cole-Tindall. "I, along with my leadership team, are committed to making the King County Sheriff’s Office a premier law enforcement agency and striving for continuous improvement."

"Patti Cole-Tindall has a long history of serving the people of King County and is uniquely prepared to lead the Sheriff’s Office, with experience in labor relations, jail diversion, and in law enforcement oversight and management", said King County Council Chair Claudia Balducci. "She has a proven commitment to the mission of the King County Sheriff’s Office and has earned the trust of the people who work for it and the community it serves. I congratulate her on her nomination and look forward to working with her as she leads the Sheriff’s Office."

"I’m very pleased that Executive Constantine transmitted today his choice for King County’s next sheriff, Patti Cole-Tindall", said King County Councilmember Jeanne Kohl-Welles. "We were fortunate to have three particularly strong finalists, which surely made this a difficult decision. As the Chair of the Committee of the Whole, I am looking forward to working with my colleagues to review the appointment and get to know Interim Sheriff Patti Cole-Tindall better during the confirmation process."

The other finalists are Charles Kimble, who is the Chief of Police from Killeen, Texas, and Reginald Moorman, a Major from the Atlanta Police Department.

King County voters decided in 2020 to make the sheriff an appointed position and not an elected position. The County Executive now appoints a sheriff and the Metropolitan King County Council confirms the decision.