BOTHELL -- A controversial vaccine has a Bothell naturopath fighting for his career, and his patients coming to his defense.

For now, the state has blocked him from practicing but many of his patients say they rely on his vaccine. 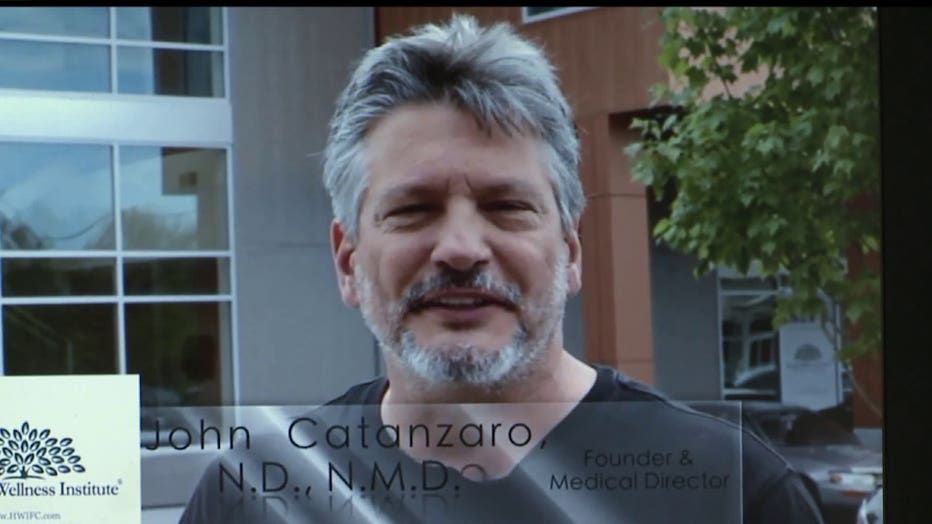 They say the naturopath is a pioneer when it comes to cancer research. They are convinced that his vaccine has saved many lives.

Lois Lawrence says she is one of them. She was diagnosed with bone cancer 12 years ago when her grandson was only 3-months-old.

“He is 12 years old now I got to enjoy him all this time,” Lawrence said.

Instead of chemotherapy, she chose a therapy created Catanzaro.

Lawrence says Catanzaro's vaccine helped her cancer from getting worse and her 80-year-old husband has been working three days a week just so they can pay for it.

“I really feel like he has kept me alive for at least 12 years,” Lawrence said.

Sandra Oram is also a believer.

“The idea is that it goes in and attacks bad cells,” Oram said.

The state says Catanzaro produced the vaccine using the patient’s own DNA.

“It’s from my own body, it's my own urine, my own blood and peptide,” Oram said.

Oram says her tumor shrank and her health couldn’t be any better.

But the vaccine many patients are calling a miracle prompted the Department of Health to suspend Catanzaro's license in late January.

“I think it's reprehensible how it's been handled,” Oram said.

The state is defending its decision. They say they wouldn’t have taken drastic measures to suspend a license if they did not have the evidence to prove he broke the rules. Health officials say Catanzaro did not tell some of his patients the vaccine was experimental and that there was no scientific evidence that it would work.   Lawrence says the state is wrong.

“He distinctly told me it was experimental and it was not FDA-approved,” Lawrence said.

It didn’t matter. To them it was worth the risk.

Without Catanzaro's vaccine, some are worried lives are on the line.

“I think it's terrible; I think some people are going to die because of this,” Lawrence said.

Catanzaro has already responded to the state’s charges and has appealed his suspension.

Experts say it is vital that patients and their families get a second opinion and ask questions before receiving any care.