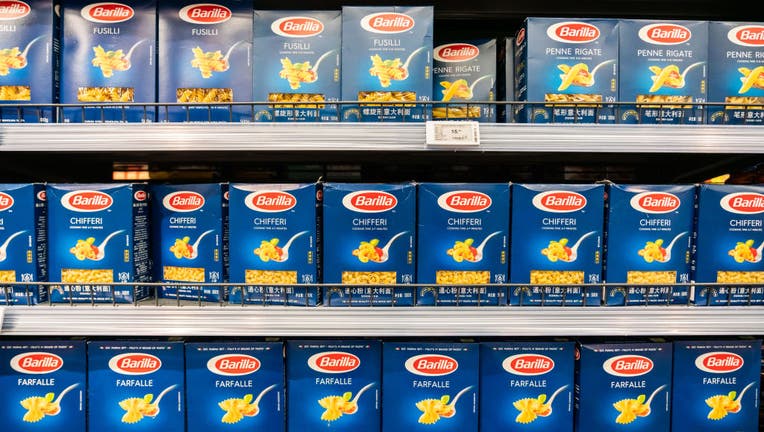 Pasta company Barilla might find itself in hot water with two former customers who are pursuing a class action lawsuit against the brand over alleged false advertising.

The Italian-owned multinational food company filed a motion to dismiss the putative class action complaint in the U.S. District Court for the Northern District of California, which was "granted in part and denied in part," according to a 28-page order stamped by Magistrate Judge Donna M. Ryu on Monday.

Plaintiffs Matthew Sinatro, of San Francisco, and Jessica Prost, of Los Angeles, seek to represent a nationwide class and California subclass with allegations that Barilla America, Inc. misleads customers into believing its pasta products are made in Italy and use ingredients sourced from Italy.

Both plaintiffs state they wouldn’t have purchased Barilla products from local grocery stores if they had known the pastas were made in the U.S. from manufacturing plants in Iowa and New York, and they could have chosen cheaper alternatives.

Sinatro reportedly purchased a box of angel hair pasta from the Classic Barilla Blue Box Pasta line in 2021 for approximately $2.

The plaintiffs’ complaint argues that "authentic Italian products, including pastas, hold a certain prestige and [are] generally viewed as a higher quality product," and that consumers pay more for pastas that look or sound Italian.

Barilla was established in 1877 as a family-owned pasta shop in Parma, Italy, where it is still headquartered today, and operates as an international food group.

LAWSUIT CLAIMS THAT SKITTLES ARE 'UNFIT FOR HUMAN CONSUMPTION'

The company trademarked the slogan "Italy’s #1 Brand of Pasta" and features the saying on its packaging along with three small decorative bubbles that feature the colors of the Italian national flag — green, white, and red.

Plaintiffs believe Barilla’s slogan, flag-like emblem and sourcing of ingredients from countries that aren’t Italy have misled customers and caused them to overpay for the company’s products, according to the complaint.

The class action lawsuit was initially filed in June by Katherine Bruce of the Clarkson Law Firm, a public interest law firm based in Malibu, California. 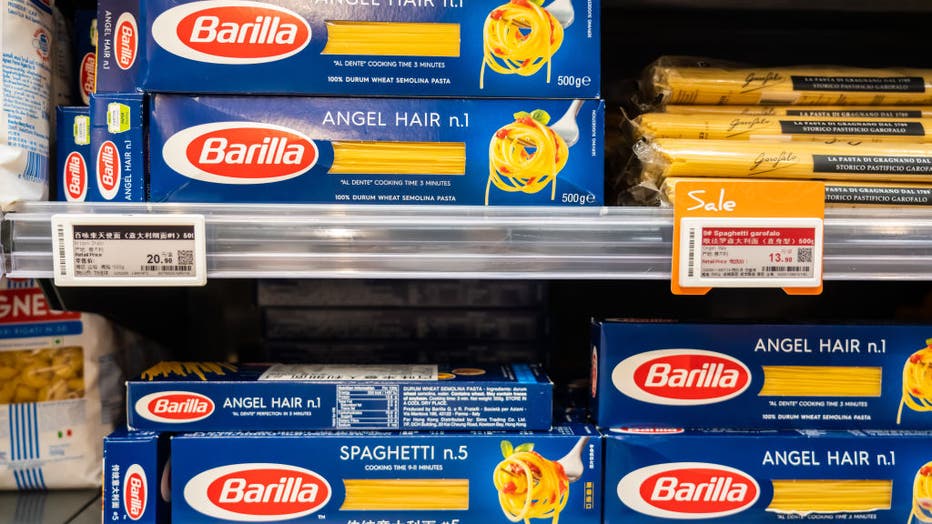 Lawyers for Barilla America, Inc. argue that the company’s pasta packaging is marked with a "Made in the USA" label that references its Illinois headquarters to limit confusion and avoid deceit.

Barilla’s motion to dismiss the class action complaint includes questions on some of the product packaging images that were submitted into evidence.

Other arguments the pasta company presents include statements that the plaintiffs don’t have a "plausible economic injury," the plaintiffs haven’t named a cheaper alternative they would’ve turned to and the complaint could pose a risk of future harm.

Barilla argues that its product packaging "is not materially deceptive to a reasonable consumer" and that its trademarked slogan — "Italy’s #1 Brand of Pasta" — is used to "identify Barilla (not Italy) as the source of the product."

The pasta company also argues that its use of a design with colors from the Italian national flag is a reference to the company’s origins, but it shouldn’t lead customers to believe the products are made in Italy or are made with ingredients sourced from Italy.

Barilla’s motion to dismiss noted that other brands make references to countries and national flags on product packaging as an acknowledgment of cultural roots.

An example Barilla used to make its point included Ole Mexican Foods’ tortilla brand La Banderita featuring the slogan, "A Taste of Mexico," and a depiction of the Mexican national flag.

The pasta company mentioned the putative class action complaint against King’s Hawaiian’s Original Hawaiian Sweet Rolls was dismissed because the court deemed that most customers realize the bread is no longer made in Hilo, Hawaii, and "the plaintiffs had failed to show that members of the public were likely to be deceived by the packaging and marketing."

FOX Business reached out to the Clarkson Law Firm and Barilla Group for comment.

The firm recently settled a $7.8 million class action complaint against the energy drink company Celsius on behalf of U.S. customers who felt the company mislabeled their cans with labeling that claimed it had "no preservatives."

Clarkson has also filed a class action complaint against the hot sauce company Texas Pete for being manufactured in North Carolina, which plaintiffs believe is an instance of false advertising.

The judge’s order for the class action complaint against Barilla dismissed the plaintiffs’ claim for injunctive relief, but the order has provided a 14-day window for amended complaints, according to the Monday filing’s conclusion.