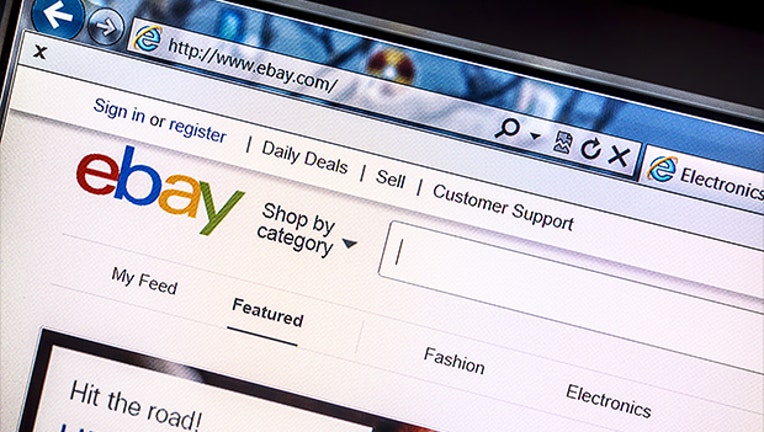 The company said the passwords were encrypted, but there's no telling when or if the hackers can decrypt them. As a precaution, eBay is resetting everyone's passwords.

The company isn't saying how many of its 148 million active accounts were affected -- or even how many customers had information stored in that database. But an eBay spokeswoman said the hack impacted "a large number of accounts."

EBay's subsidiary, PayPal, said it was untouched by the data breach. PayPal data, which is sensitive because it includes payment information, is kept on a separate network.

To hack into the eBay database, the cyber attackers managed to get their hands on "a small number" of eBay employee log-in credentials, the company said. They then used that to worm their way into eBay's corporate network. The hackers grabbed the customer database between late February and early March.

It wasn't until two weeks ago that eBay discovered employee credentials had been stolen, the company said. The company then conducted a forensic investigation of its computers and found the extent of the theft.

The company said it hasn't spotted any increase in fraudulent activity on eBay yet.

The good news for eBay customers is that the passwords were encrypted, so hackers will have to work to figure them out. Also, eBay's password requirements are ranked slightly better than average by password manager Dashlane. That'll make them even harder to decrypt.

But that's not the point. The real danger here is in the fallout of such a major data breach. Hackers now know where you live. They can call you. Expect to receive fake deals and offers. Beware of getting duped into revealing even more sensitive information, like your bank details or Social Security number.