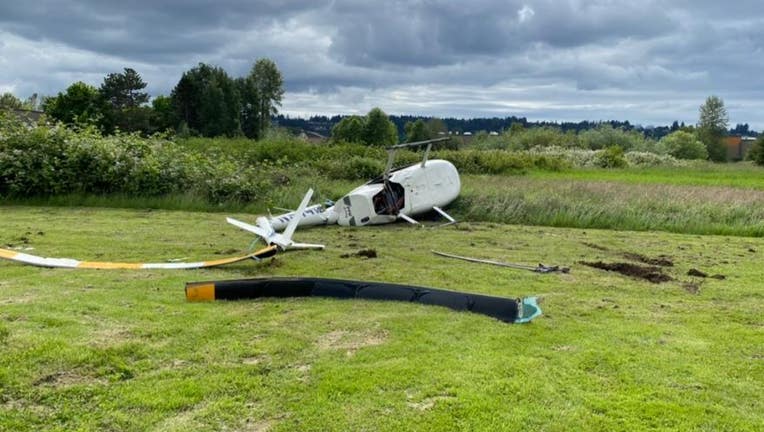 AUBURN, Wash. - A helicopter crashed at the Auburn Municipal Airport Saturday evening and all the passengers survived, according to Valley Regional Fire Department (VRFD).

VRFD officials say at around 4:42 p.m., crews responded to reports of a helicopter crash. Everyone flying in the helicopter were able to climb out of the wreckage before crews arrived. 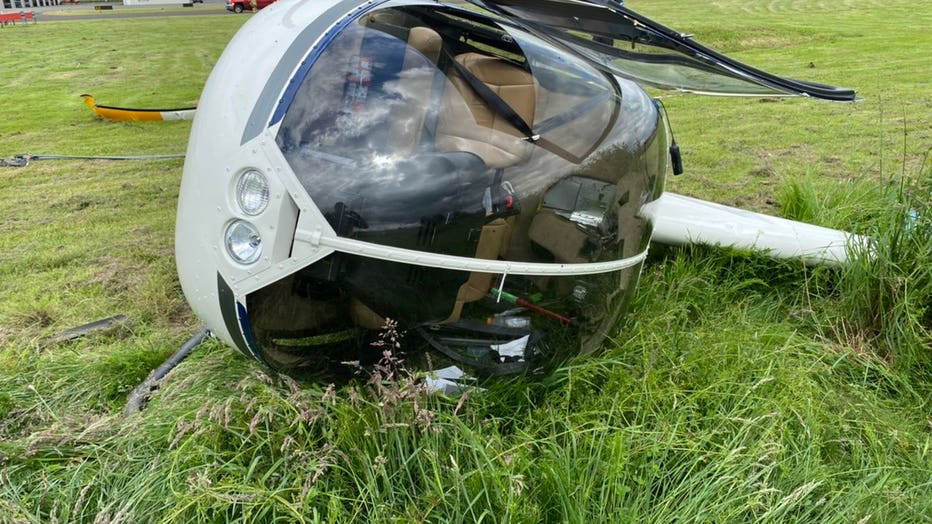 The passengers escaped with only minor injuries, though one person was driven to a nearby hospital to be treated for their injuries.

A good Samaritan rescued a fisherman just before his boat was fully engulfed in flames off the coast of Manzanita Beach Saturday morning, according to the U.S. Coast Guard (USCG).

The VRFD posted photos of the crash scene on their twitter page. 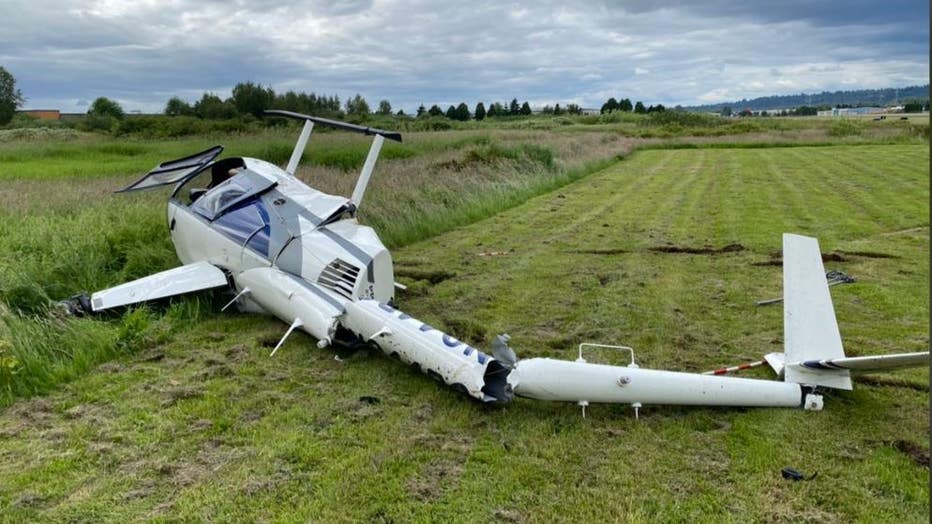 The helicopter can be seen laying on its side. It appears the main rotor blade was completely ripped apart, and the tail boom broke in half from the impact.

Further details are limited at this time, it is likely that the FAA will be handling this investigation.