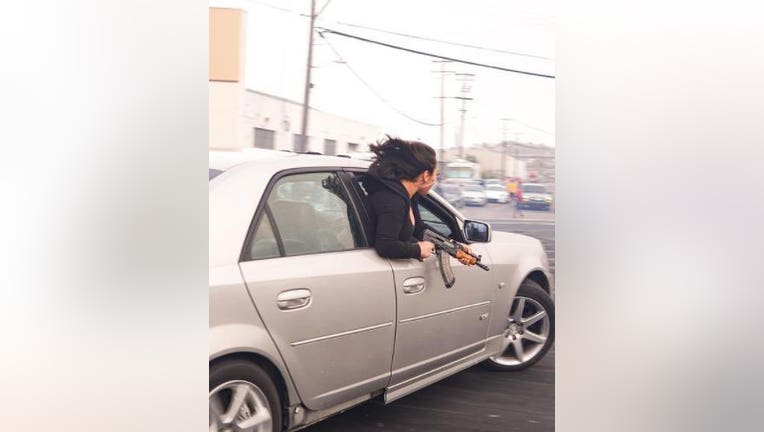 Passenger leans out of vehicle with an AK-47. Photo courtesy SFPD.

SAN FRANCISCO - San Francisco police shared a disturbing photo Wednesday of a passenger in a vehicle leaning out the window holding an AK-47.

The photo was apparently taken July 11 from what SFPD are calling an "illegal exhibition of speed event." The event at Barneveld and McKinnon avenues in the produce warehouse district near the Bayview neighborhood, appears to have happened during broad daylight.

The photo, like a scene out of an action film, shows what appears to be a woman nonchalantly wielding the weapon during a chaotic moment. SFPD's Traffic Safety Twitter account shared the photo and another of the Cadillac involved being towed away by a truck.

"Company personnel worked up a case, and seized this particular vehicle today," police wrote in their Twitter post.

KTVU has reached out to SFPD to for more information on the incident and to see if any arrests were made or if anyone was injured during the illegal event. 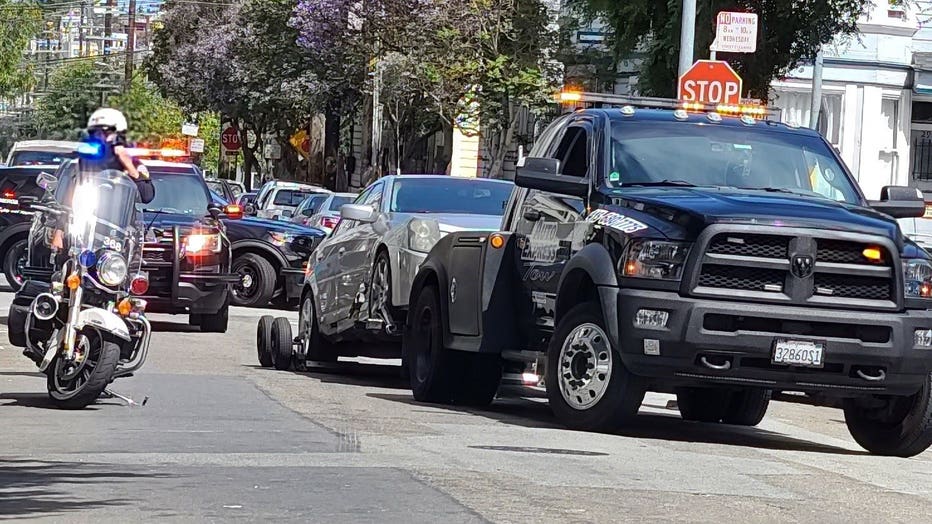