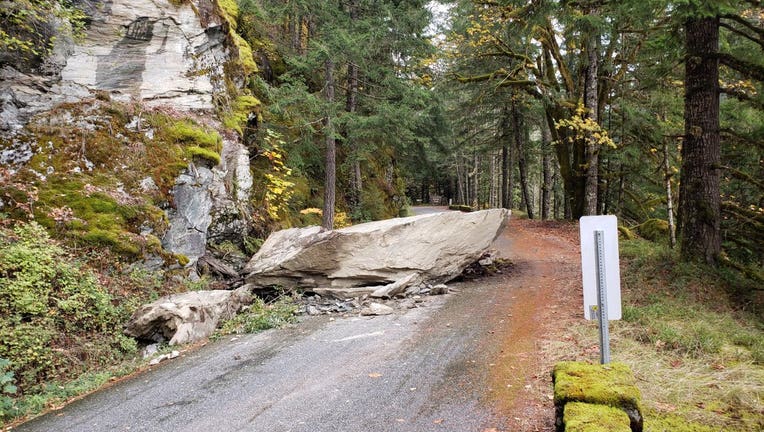 WHATCOM COUNTY, Wash. - The North Cascades National Park Services (NPS) announced parts of State Route 20 will be temporarily closed on Thursday, because of a rock slide and potential avalanche danger.

At around 2:14 p.m., NPS posted a photo on Twitter of a massive boulder that appears to have fractured off the side of a cliff, and landed in the center of Cascade River Road. Officials say this particular road will be closed at milepost 6, while the winter seasonal closure starts at milepost 20.

Out of an abundance of caution, officials also closed parts of SR 20 due to the potential for avalanche danger. Officials say the route will be closed from milepost 134, just south of Ross Lake, to milepost 171, just west of Mazama.

Officials say the SR 20 closure will begin at 6:00 p.m. Details about when it will reopen are unavailable until further notice.

This is a developing story. Please check back for updates.