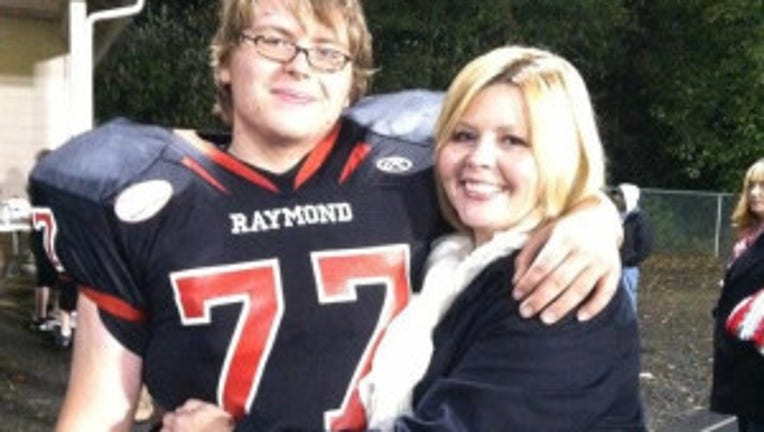 SEATTLE -- A small town teen is recovering in Seattle after a gasoline can exploded and severely burned half of his body on Wednesday.

Caleb Doyle of Raymond, Wash., was severely burned at his neighbors’ home last week. The teen was trying to light a trash pile on fire when a rogue spark landed on a nearby gas can. The gas can erupted, severely burning Doyle.  He suffered burns over 40 percent of his body.

Now, the teen is slowly recovering at Harborview Medical Center in Seattle. His parents and friends hold out hope that he will make a full recovery. Still, the recuperation period will be long, his mother Chrissy Doyle said.

"You just can never prepare yourself for seeing your child go through pain you can do nothing about,” Chrissy Doyle said.

Caleb's family describes the teen as a gentle giant. At 6’2” tall, Caleb would stand up for anyone.

"He would have done anything for anybody and wouldn't have thought twice about it,” Chrissy said.

The Raymond community is helping Caleb by supporting him on Facebook and holding a school assembly Monday morning. Caleb's father Jerry Doyle said the community's support is amazing.

"It's pretty touching to have that much support follow you," Jerry said. "I'm proud of Caleb. He's a good boy.”

Chrissy can't wait for the day when she can hug her son again. Until then, she has a message for other parents and kids caught up in life's trivial troubles.

"What does it matter when you're sons laying there in bed with tubes everywhere,” she said. “It doesn't really matter anymore. The small things like that. It's the moments in life that matter.”