OLYMPIA -- Walking through the state Capitol, Kyle and Amanda Uphold prepared to testify in favor of a bill created after the death of their baby girl Eve. 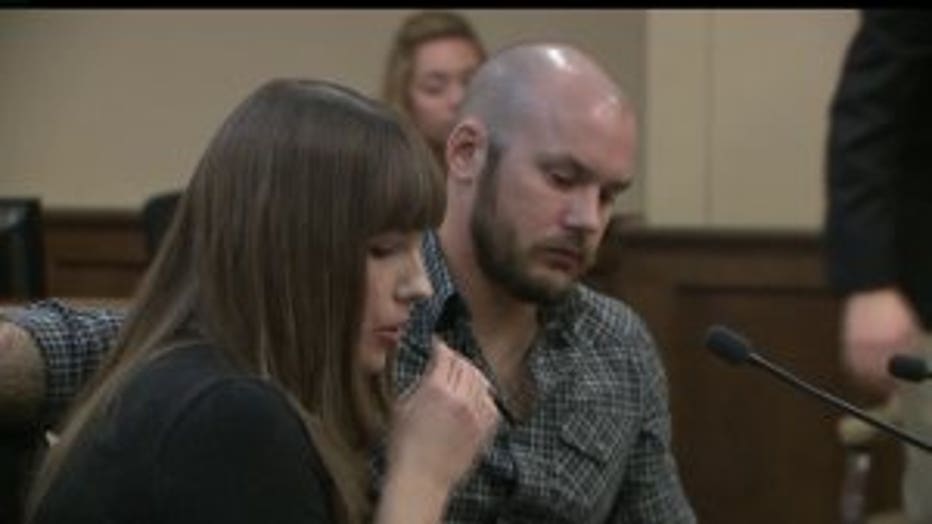 We were the first to bring you Eve's story, and shared it with state Rep. Ruth Kagi, D-Shoreline, who in turn drafted House Bill 2165.  It will require a formal child fatality review of Eve’s death and any others that occur in licensed child care in Washington. 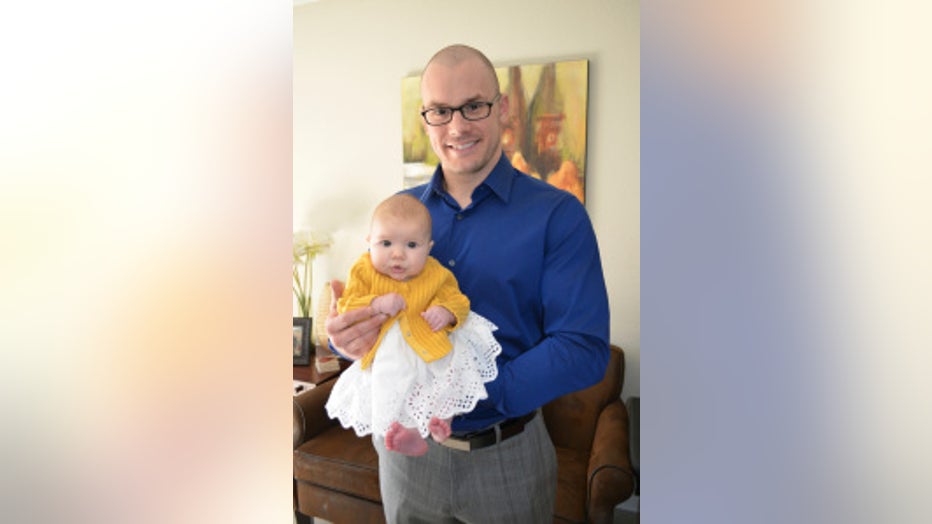 Kyle Uphold holding his daughter Eve, who later died of SIDS in a Seattle day care.

“The gravity of it didn’t hit until we were on our way here.  That’s when I realized this is real,” said Kyle Uphold.

On May 2, 2013, Kyle and Amanda’s baby, Eve, who was almost 5-months-old, died at her licensed in-home day care in Seattle during her afternoon nap.

“She was swaddled and placed on her back in a pack-and-play that had a water-proof covering on it that wasn’t tightly fitted.  When she was found, the pad was crumpled up.  She also was left unattended for about an hour,” said Amanda Uphold.

All those acts violated state child care laws.  We requested Hopson’s licensing file and found another baby died of SIDS in her care in 2001.  In that case, documents showed that she put the 6-month-old boy to sleep in her own adult bed surrounded by pillows and left the house.  That child’s parents came to testify at the hearing as well.

“It didn’t occur to us to question or challenge the circumstances, or the particular day care provider.  She had taken care of our older son Noah and we felt like she was a member of our family,” said Andy Hazzard.

“When I first learned of Eve’s death, I felt a tremendous amount of guilt, as though had we done something more perhaps her death would have been preventable,” said Barbara Hazzard.

The Hazzard family says there was no formal review of their son Graham’s death and they were even unaware he had been napping in an adult bed.  Afterwards, Hopson went on to rack up dozens of safety violations, many which were sleep related, over the next 12 years that were not corrected.

“It is not only important to understand what happened on May 2nd but what happened on March 24, 2004 or July 22, 2008, or December 12, 2012, when the Department of Early Learning cited multiple violations at their unannounced visits that were ultimately the exact actions that led to the death of our Eve,” said Amanda Uphold.

This new legislation, called the Eve Uphold Act, will require a formal fatality review of her death as well as any others that occur in licensed child care.

“We need to bring in the people who know about SIDS, bring in licensors, outside experts and really look at what happened, what was wrong and change our policies,” said Kagi.

The Upholds hope this is just the starting point for many policy changes to keep children safer in licensed day care.

“I’m thinking if Eve was here, I would want her to know these people are all here because of her.  It didn’t happen for no reason and we can have some sort of change come out of it.  It’s rocked our world and it will always, but we don’t want this to happen to anyone else,” said Amanda.

The House Committee on Early Learning & Human Services held a hearing on the bill Thursday and will vote on it next week,. The measure will move through the House before making its way to the Senate.  This legislative session is 60 days so a final vote must come before mid-April.