TACOMA -- "Went out and had dinner. Came home about 9:30, parked the car out front here and about 10 o'clock went to bed," auto theft victim Michael Brown said Monday.

Michael Brown parked the car in its usual spot at the Zurich TownHomes. 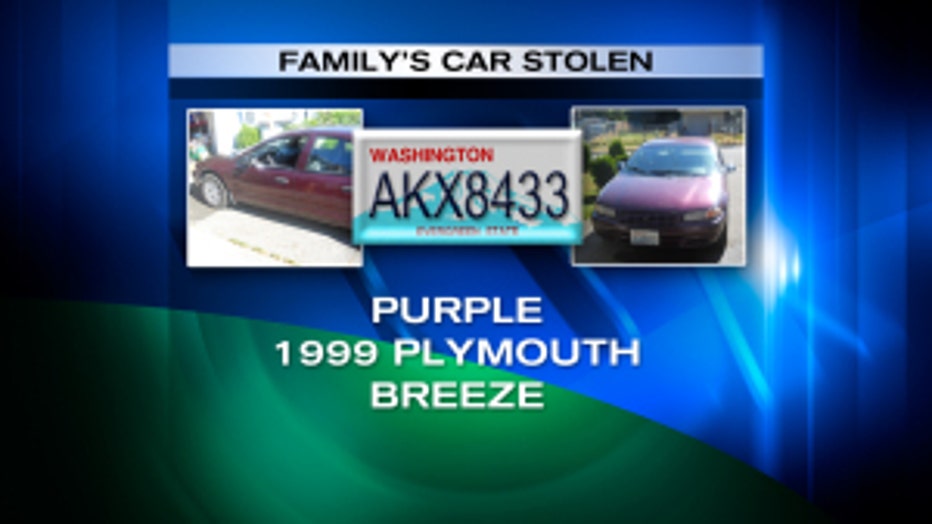 When he woke up Saturday morning...

"The car was gone.  So I immediately called Tacoma police,” Brown said.

"I just woke up, like, what?!, really?! What?! And I'm looking and I'm like, Where's my car?” auto theft victim Melissa Brown said.

Her car was gone, stolen. And three days later, it still hasn't been found.

The theft is a huge problem because the Browns' son, Curtis, has special needs.

He was born deaf, with no ears or eardrums.

Doctors have worked to construct new ears and restored his hearing but he needs more surgery and needs the family car to get to Seattle’s Children's Hospital.

"The doctor calls and says, 'Hey I need to see him,' and we can't get up there and this other surgery that he has to have, I can't get that done now.  I have to cancel it,” Melissa said.

The theft of their car couldn't have happened at a worse time.

They can't get Curtis to his doctor's appointments.

Dad is recovering from knee surgery and can't get to therapy.

Mom's father is dying and now she has trouble visiting him and she now has to bum a ride to work.

"For some people to do this to a family, it, I don't, I don't know how somebody could do that.  I really don't,” Melissa said.

Police say stolen cars have been a problem is parts of Tacoma and they're on the lookout for the brown's car.

"As the sole transportation for a special needs child we'd love to have somebody please find it. Take a look around. We'd like to get this one returned as soon as possible to the family,” Tacoma Police spokeswoman Loretta Cool said.

"I want my car back.  I put a lot of money and time in this car for my family and if you've got it please return it,” Michael Brown said.

To make matters worse the Browns say they may have to cancel Christmas.

If their car isn't found money, set aside from Christmas gifts, will instead have to be spent on a new car.