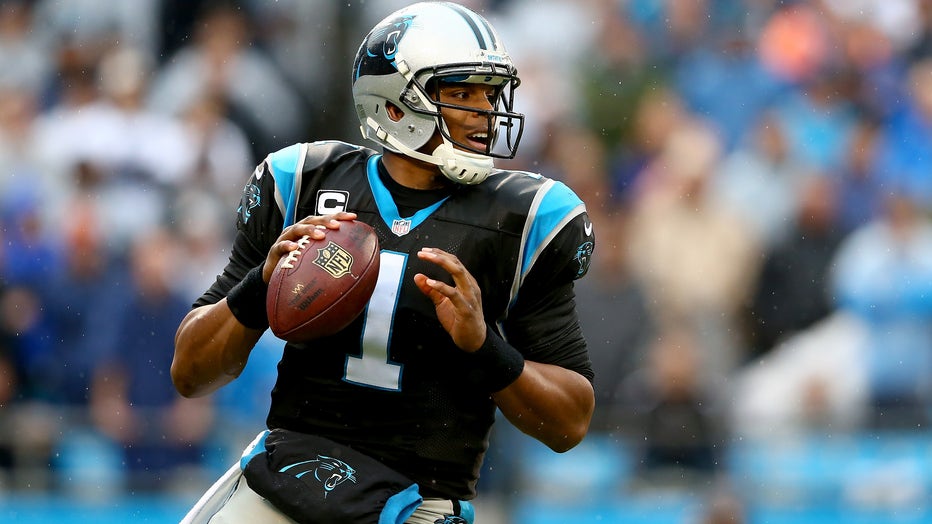 CHARLOTTE, N.C.  (CNN) -- Quarterback Cam Newton has two fractures in his back after a two-vehicle wreck Tuesday, the Carolina Panthers said in a statement.

He is in fair condition, undergoing tests and will remain in the hospital overnight, the team said.

Newton was taken to a hospital with non-life-threatening injuries after the truck he was traveling in crashed in Charlotte, North Carolina, said Charlotte-Mecklenburg Police Department spokesman Rob Tufano. Newton's truck and a sedan were involved in the wreck.

"It would appear (Newton's vehicle) rolled over. The accident is being investigated," he said.

There was no word on what caused the wreck in uptown Charlotte, a block from Bank of America Stadium, where the Panthers play, but witnesses told CNN affiliate WSOC they saw Newton's vehicle flip four times.

WSOC published an image of a dark-colored truck lying on its side in the roadway.

A car with damage to its front end was loaded onto a flatbed, CNN affiliate WBTV reported, and Tufano told the station that the driver of the other vehicle was taken to a hospital with minor injuries.

The Charlotte Observer tweeted an image of Newton lying on his side smiling.

WBTV reported that Newton was placed on a stretcher and loaded onto an ambulance after the crash, which occurred around 12:30 p.m. A Charlotte police source told the station Newton was not injured and was taken to the hospital only as a precaution.

The Carolina Panthers tweeted, "We are closely monitoring the situation of a car wreck involving Cam Newton. We will have more information at an appropriate time."


CNN's Kevin Dotson and John Newsome contributed to this report.