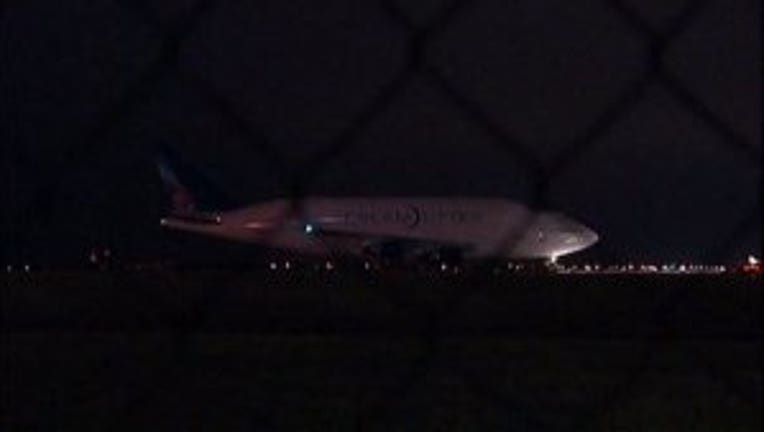 WICHITA, KS - A Boeing cargo plane may be stuck at a Wichita airport, because it's too big to leave.

The Boeing Dreamlifter, owned by Atlas Air, was scheduled to arrive at McConnell Air Force Base last night, but instead landed at the much smaller Jabara Airport in Wichita, Kansas.  That's nearly 12 miles away.

The Dreamlifter plane is made just to carry parts for Boeing's over-sized 787 Dreamliner.

It's not clear why the plane's flight crew ended up at Jabara Airport, but the plane may be there for a while.  The runway is too short for the giant plane to take off while loaded.