ANCHORAGE, Alaska (AP) — A man drove an Alaska Native woman to a dark street, said he would kill her and choked her until she blacked out.

He then masturbated on her face. Originally charged with kidnapping, 34-year-old Justin Schneider pleaded guilty to a single count of felony assault in a deal with prosecutors and was sentenced last week to two years in prison with one year suspended.

Having already spent a year in home confinement, he stepped out of the courtroom with no more time to serve.

The case has stirred outrage, with victims' advocates pointing to it as another example of a lenient sentence for a crime against women amid the #MeToo movement against sexual misconduct. The judge said he thought the sentence was too light but deferred to prosecutors on what could be proven at trial.

Advocates are pushing to oust Superior Court Judge Michael Corey in November when he faces a vote to keep him on the bench, months after a successful recall of a California judge who sentenced former Stanford University swimmer Brock Turner to six months in prison for sexual assault.

Alaska Gov. Bill Walker, an independent facing re-election, vows to change state law that does not classify Schneider's actions as a sex crime.

"The punishment in this case in no way matched the severity of the crime," Walker said in a statement. "We must fix this problem immediately, and we will." 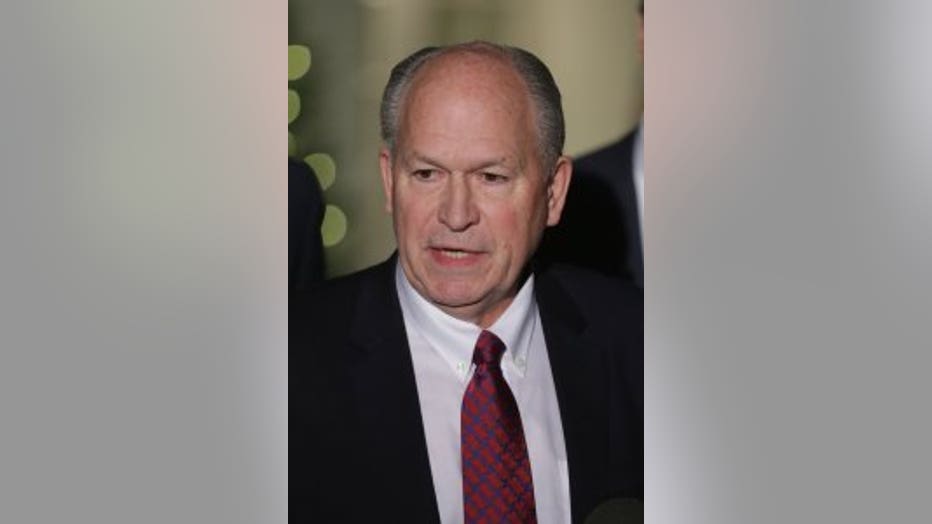 Walker plans to announce proposed legislation this week that will make a conviction for unwanted contact with semen a sex offense carrying prison time of two to 12 years and mandated registration as a sex offender.

The woman, identified in court documents by her initials, L.K., told an Anchorage detective on Aug. 8, 2017, that she was standing outside a gas station early in the afternoon, looking for a ride to her boyfriend's home. Schneider rolled up in an SUV.

He pretended he knew her and offered her a ride. Schneider, who worked as an air traffic controller until his arrest, headed toward the airport instead, claiming he needed to pick up items from another vehicle.

He stopped on a dead-end street, parked near a car and asked the woman to step out so he could load the truck. That's when the 6-foot-4 (193-centimeter) man attacked.

L.K. awoke to find Schneider standing over her, zipping up his pants. When he drove off, the woman recorded his license plate, called 911 and went to a hospital.

The detective who interviewed L.K. described her as so traumatized, she could hardly speak. She later picked out Schneider in a photo lineup.

"It's absolutely appalling that he walked away free," said Elizabeth Williams, a social worker and former volunteer rape counselor organizing the effort to oust the judge.

She said Judge Corey "makes zero reference to the lifelong impact this had on the victim. It's like she just disappeared from the story."

Corey did not respond to a request for an interview passed through the court administrator's office.

At sentencing, Corey explained why he was about to give Schneider a sentence that was an "outlier," noting that the sentence leaned far more heavily on Schneider's rehabilitation than other required considerations.

"I think those who learn about what's transpiring here today would find the result breathtaking," he said.

Corey said the prosecutors who made the terms of the plea deal, including assistant district attorney Andrew Grannik, knew far more about the case than he did and what could be proven.

"I think it speaks volumes that an individual such as Mr. Grannik is advocating for the acceptance of what at first blush would really, quite frankly, strike me as way too light of a sentence," the judge said.

Even if Schneider had been convicted of all the original charges, he would not be in prison the rest of his life, Corey said.

John Skidmore, Alaska Department of Law criminal division director, said the state would not have been able to prove kidnapping at trial. It requires the victim to be "restrained" or moved against her will.

"Additional investigation determined that the victim willingly got into Mr. Schneider's vehicle and willingly drove with him to the location of the assault," he said.

The prosecutor believed Schneider needed sex offender treatment and the only way to ensure that was by making it part of probation conditions in a plea agreement, he said in a statement.

Because the unwanted contact with semen isn't considered a sex crime in Alaska, Schneider will not have to register as a sex offender.

He was convicted of the next most serious charge. With no previous convictions, the sentencing range was zero to two years, Skidmore said.

"Though it is understandable that some feel his sentence was not sufficiently harsh, all prosecutors are ethically required to follow the law, no matter how disturbing the facts may be," Skidmore said.

Williams said the judge could have rejected the plea deal.

She started a Facebook page to inform voters and said messages have poured in, predominantly from women, especially Alaska Native women who say they've seen similar behavior all their lives and they're sick of it.

"This is another example of Alaska letting them down," Williams said.