Metro Parks Tacoma is closing the Outer Loop of Five Mile Drive in Point Defiance Park to all motorized traffic starting on Friday to prevent slope damage and threat to public safety. Areas will still be able to be accessed by foot traffic and bikes.

According to a press release from Metro Parks Tacoma, the closure follows a review of a recent geotechnical slope assessment, which confirms ongoing erosion and encroaching instability on the bluffs next to the roadway. 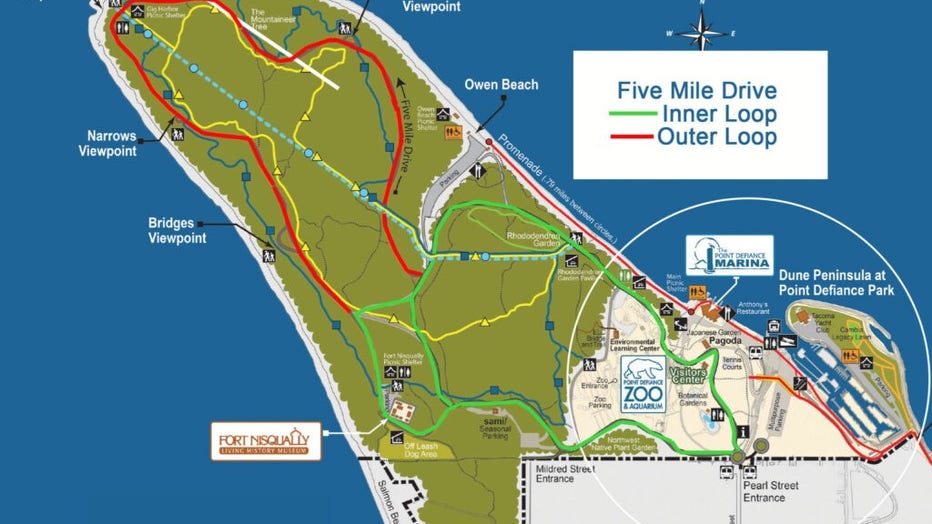 Immediately after Metro Parks received the report, restrictions were placed on heavy vehicles weighing more than 8,000 pounds. This included Tacoma Public School buses serving students at the Science and Math Institute inside the park. The closure spans the 2.25-mile distance between the entry and exit to Owen Beach and Fort Nisqually Living History Museum. This includes the Vashon Island, Dalco Passage, Gig Harbor, Narrows and Bridge viewpoints.

The road remains open to non-motorized users, as well as the formal trails, which are fenced well back from the cliff edge. Visitors are strongly urged to regard the signs and security fences along roadways and trails for personal safety reasons in addition to reducing negative environmental impacts. 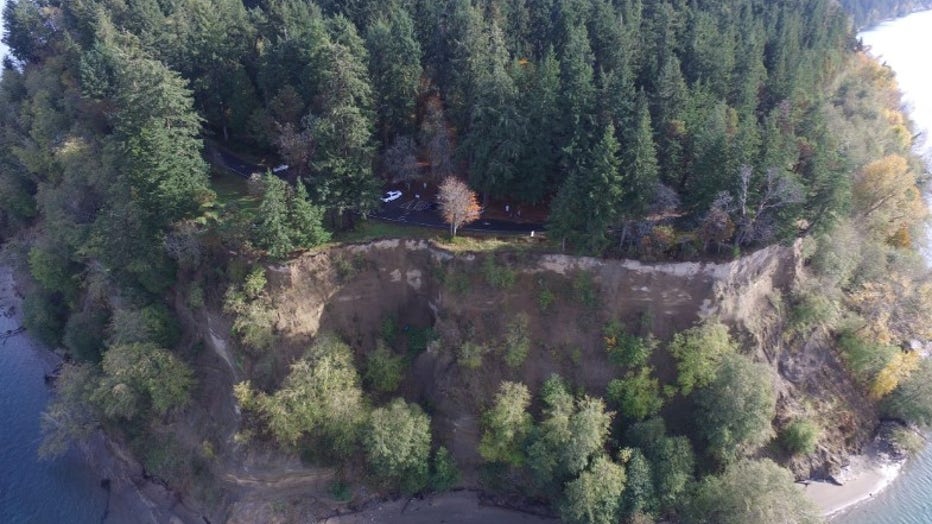 "Metro Parks’ decision to close the Five Mile Drive Outer Loop was not undertaken lightly," said Joe Brady, deputy director of regional parks and attractions. "We know how deeply our community feels about this tranquil, forested space. But we also take public safety and environmental protection very seriously. This decision is a direct response to the acceleration of erosion caused by multiple forces of nature, and we must respect that inevitable power."

Experts are saying that the erosion on Point Defiance, as well as on other shorelines and slopes across the Pacific Northwest, is caused by climate change. The region is experiencing heavier rain and sea levels are rising, which accelerates erosion and landslides.

The agency is exploring possibilities for re-establishing a route, that is currently closed, for motorized access by using an existing service road on the peninsula. Staff are also assessing ways to develop an accessible connection between the new upper Owen Beach parking area and the non-motorized Outer Loop experience to provide access for those with limited mobility.

RELATED: Ruby Beach to be closed this summer for upgrades

Ruby Beach to be closed this summer for upgrades

An official closure date has not been released, but the National Parks Service says they are going to close the beach for improvements in May or June. Crews are set to improve the gravel parking area and access road. A trail to the overlook of the beach will remain open during construction. Last month Ruby Beach was named as one of the top ten beaches in the country.