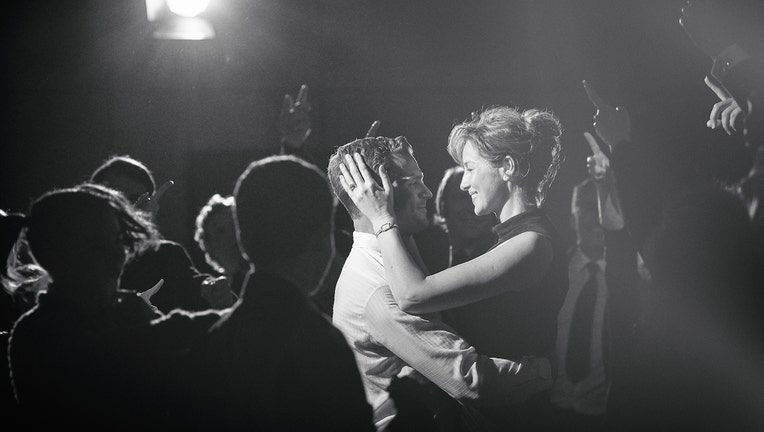 CHICAGO - Despite the usual snubs, flubs and surprises, the Academy Award nominations were actually pretty solid this year. In addition to honoring great performances like Penelope Cruz in "Parallel Mothers," Andrew Garfield in "Tick, Tick … Boom!" and Denzel Washington in "The Tragedy of Macbeth," the Academy also rounded up an appreciably diverse list of Best Picture nominees.

All this week we’ll be spotlighting the 10 films nominated for the big prize. And since we could all use more stuff to watch these days, we’ve also rounded up recommendations for movies (and TV shows) that echo or influence them in some way — all of which are streaming (for free!) on Tubi. First up: Kenneth Branagh’s deeply personal "Belfast."

RELATED: The must-see movies of 2021: Spiderman, The Matrix 4 and more

The premise: "From lauded director Kenneth Branagh, and starring an acclaimed ensemble cast, "Belfast" is a personal and joyful story about the power of memory, set in late 1960s Northern Ireland. At the center of the film is Buddy, a young boy on the cusp of adolescence, whose life is filled with familial love, childhood hijinks, and a blossoming romance. Yet, with his beloved hometown caught up in increasing turmoil, his family faces a momentous choice: hope the conflict will pass or leave everything they know behind for a new life."

Our critic’s take: A sentimental, lightweight glance at Branagh’s childhood 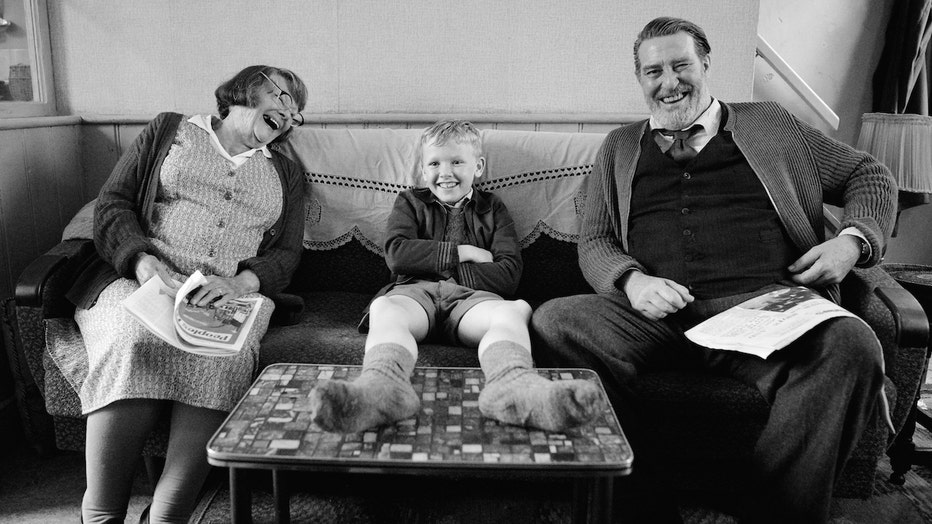 In the opening minutes of Kenneth Branagh’s "Belfast," his camera pans majestically over the cranes and terminals of present-day Belfast Harbour, the yards where the Titanic was built. Van Morrison’s music swells in anticipation, as if a great city is about to awaken. It’s clear that Branagh, even before delving into his personal childhood as he does in this story, wants us to know about this deep, abiding love for this town.

Branagh isn’t just interested in telling his hometown’s story. There’s also his own: Brilliant color gives way to wistful black and white, and we’re transported to 1969, where 9-year-old Buddy (Jude Hill) lives in a working-class home with his passionate but harried mother (Caitríona Balfe) and joiner father (Jamie Dornan), whose work demands long absences from home. His grandmother (Judi Dench) and grandfather (Ciarán Hinds) provide advice and entertainment (and less-than-helpful maths lessons), but he’s largely left to his own devices with the kids of the neighborhood.

Still, something is rotten in the state of Ireland, and the growing sectarian violence of the Troubles soon stretches into Buddy’s street. As explosions ring out, Branagh keeps his camera circling around Buddy, seeing the violence through a child’s eyes. It’s a pattern that repeats throughout "Belfast," which rarely strays from Hill’s expressive gaze. 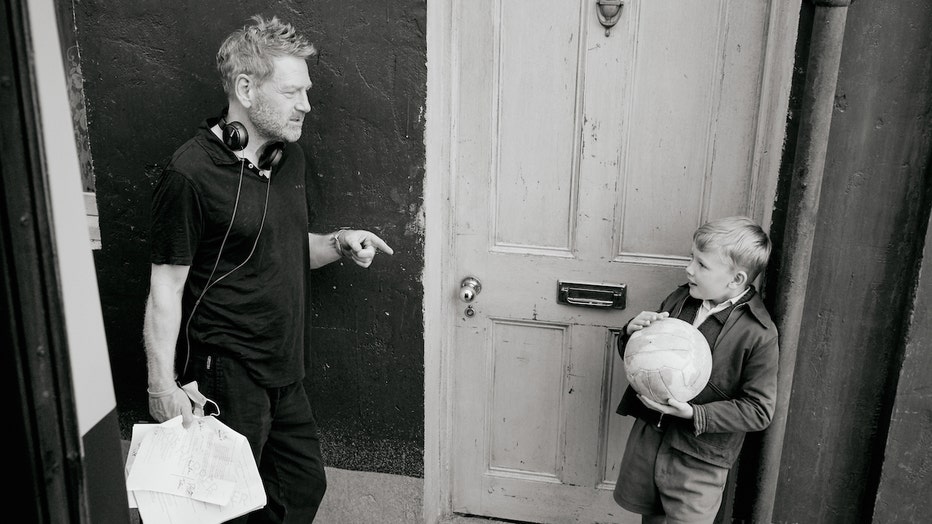 Yet the sentimental Branagh suffuses "Belfast’ with joy as well. Despite their arguments, Ma and Pa look to Buddy (and the audience) like two radiant stars in a syrupy love story; Pa even croons "Everlasting Love" to Ma at a town gathering in one of the film’s more uplifting moments. When Buddy goes out to the movies or the theater, cinematographer Haris Zambarloukos breaks the black-and-white conceit to display those moments of fantastic revelry in living color. It’s obviously the kind of escape Branagh looks back on fondly, the retreat from strife into art that his career — and, to a large extent, "Belfast" itself — represents.

There’s a danger in revisiting the past with rose-colored glasses, and "Belfast" occasionally succumbs to it. The film is treacly almost to a fault, Branagh’s stylized direction often tipping over into indulgence. It’s deeply imperfect, an ode to personal nostalgia that’s so self-interested that it threatens to alienate those who haven’t had Branagh’s specific life experiences.

But when it does let us in, whether through the peek of an open floor-level window or in the swinging arms of a loving couple on the dance floor, "Belfast" manages to entrance. [Clint Worthington]

How to watch "Belfast" 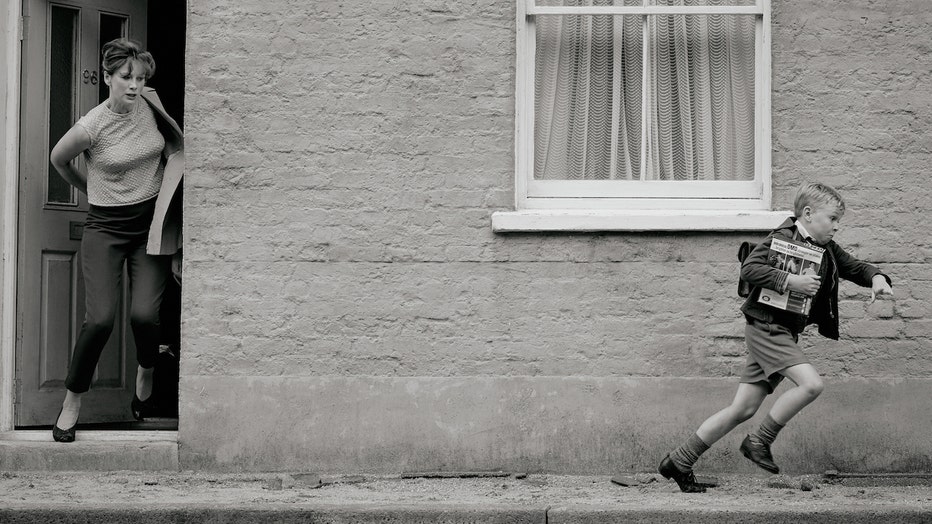 Streaming: "Belfast" is not currently available to stream without purchase or rental (more on those options below). However, per The Hollywood Reporter, it’s slated to stream on Peacock sometime this spring.

Rent or own: "Belfast" can be rented or purchased through digital stores like Amazon Prime Video, iTunes and Google Play. The film is also available for purchase on DVD and Blu-ray.

On the big screen: "Belfast" is still playing in select theaters across the country.

About the writer: Clint Worthington is a member of the Chicago Film Critics Association. He is the founder and editor-in-chief of The Spool, and a Senior Writer at Consequence. You can find his other work at Vulture, Nerdist, RogerEbert.com, and elsewhere.

What to watch next

Given that "Belfast" is a love letter to Branagh’s Irish hometown that ends with a big musical number, it would make for a nice informal pairing with John Carney’s musical love letter to Dublin, "Sing Street." (Bonus: "Drive It Like You Stole It" is an immortal bop.)

Allison Shoemaker and Caroline Siede contributed to this story.