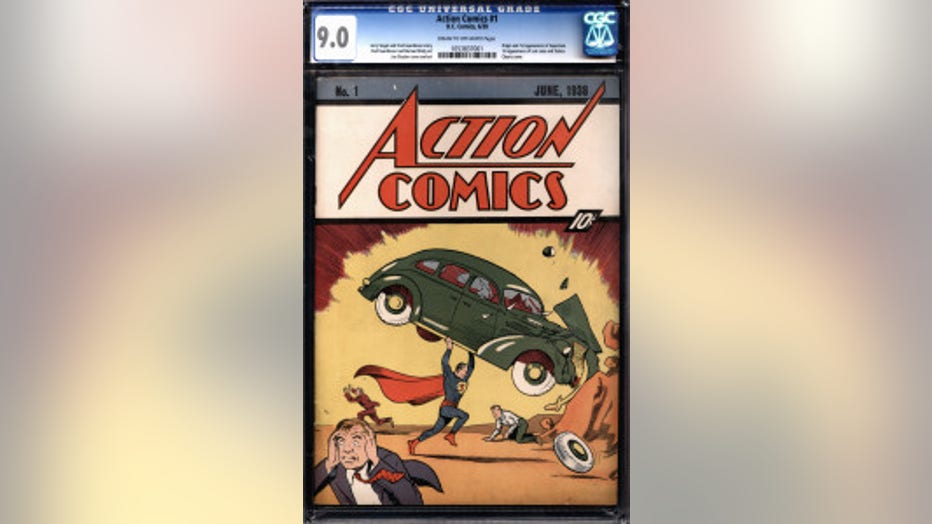 Metropolis Collectibles, Inc.& ComicConnect, Corp // A pristine copy of Action Comics #1 -- which introduced Superman for the first time -- sold on eBay for $3,207,852, a record. When it originally hit newsstands in 1938, the comic sold for 10 ce

Reports from websites that follow the comic industry say the publication was bought by comicconnect, an online auctioneer.

"I'm proud to have owned the most valuable comic book in the world," said Darren Adams, the comic's seller, and owner of Pristine Comics near Seattle.

In a video on Pristine's website, Adams explained how the comic was bought at a newsstand in 1938 by a man from West Virginia who kept it in a cedar chest. The high-altitude location, and the cool, dry, dark environment kept the comic in nearly perfect condition.

The book was eventually discovered in the 1970s and sold to a prominent dealer, who resold it to Adams.

The Superman comic is graded a 9 on a scale from 1 to 10, with 10 being the highest, according to comic book grading company Certified Guaranty.

According to the news release, a portion of the proceeds from the auction will be donated to the Christopher and Dana Reeve Foundation.

Reeve starred as the iconic Man of Steel is a series of movies before a horse-riding accident left him paralyzed in 1995. He started his foundation to promote research to help people with spinal-cord injuries. Reeve died in 2004.