SEATTLE -- A group of students at Seattle Pacific University say they can't say the Pledge of Allegiance or present the colors at a ceremony to honor this country's veterans.

The “Students for Military Veterans Support” club want the presenting of the colors and Pledge of Allegiance included in the program.

SPU says those can’t be included because the event is being held in the campus church, First Free Methodist.

There is a group of students who believe the weekly chapel service is no place for a military ceremony, but they’re not coming forward.

“We should be able to pledge allegiance to the flag inside of our own church, in our own house of worship the same people who died for that same right,” Students for Military Veterans Support club member Daniel Fenlason explained. 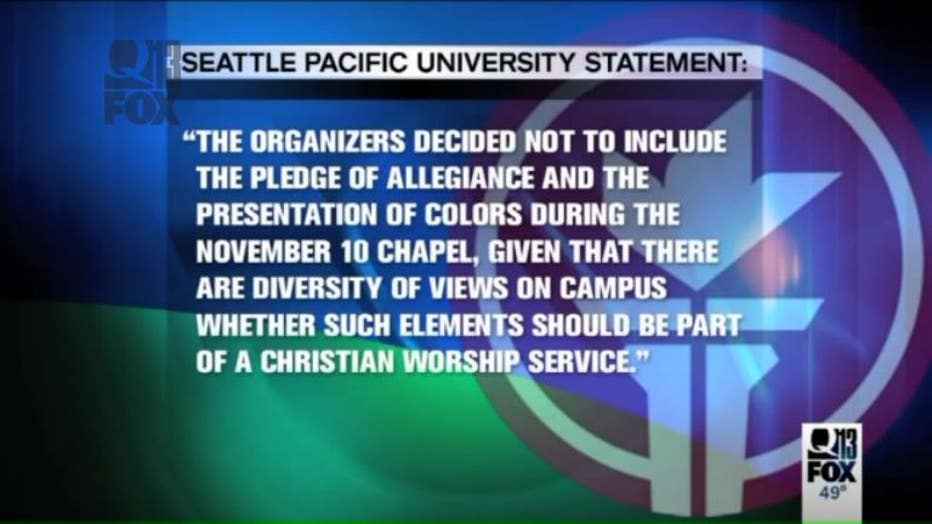 “The organizers decided not to include the pledge of allegiance and the presentation of colors during the November 10 chapel, given that there are diversity of views on campus whether such elements should be part of a Christian worship service."