SEATTLE -- Organic, local, sustainable aren’t new buzz words, but they still carry some stigma, whether it is cost or accessibility.

But according to the Organic Trade Association, families think organic is important. Eight in ten households with children buy organic foods.

And because of a growing trend in the Pacific Northwest, now local, organic food is also becoming even more accessible and affordable in western Washington. 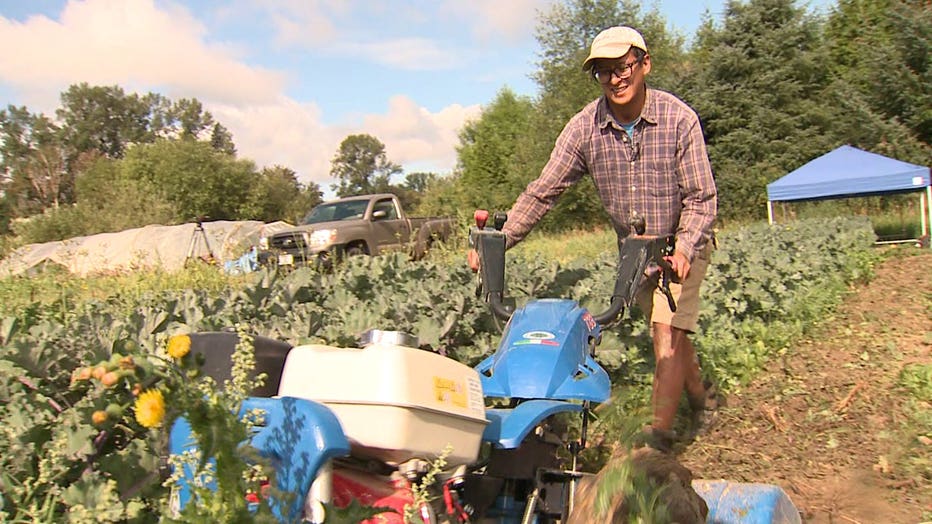 “I just come by with scissors, pick them off and, just, straight to market.”

Auggie Bautista is a 29-year-old farmer who ditched his high paying corporate job a year ago and started farming on less than an acre in Carnation, WA. He traded in his suit and tie for a pair of work boots to create Jumanji Farm for himself and for local families.

“I was mostly attracted to eating well and staying physically active, and providing something to my community.”

“It’s really just gardening on a larger scale,” Bautista described. “And we eat really, really well... You can’t get much more nutritious and flavorful than stuff you grow yourself.” 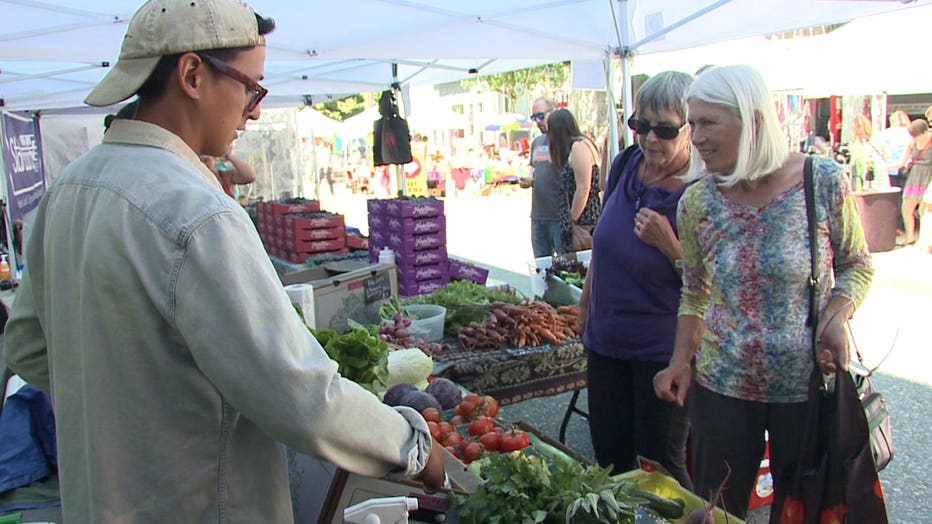 Bautista delivers his produce to the community through the Fremont and Madrona Farmers Markets, and through a weekly CSA, Community Supported Agriculture, subscription. On such a small scale, customers may worry that the cost would be much higher than buying at their grocery store. But families who frequent farmers markets say otherwise.

“How can we introduce good food that tastes good and we can get on a budget?” Collin Danaher says he asks himself. The father of one and self-proclaimed family cook suggests, “The best place to get it is always fresh and local, so we started haunting little food stands.”

According to the Leopold Center for Sustainable Agriculture, local food does escape some extra “baked-in” costs, like transportation or high-tech harvesting. The center says common fruits or vegetables in the grocery store typically travel an average of 1,500 miles before they reach the shelves.

That means they are picked before they are ripe. According to the U.S. Department of Agriculture, less time on the vine means less nutrients and flavor for your family.

But Bautista admits, you can’t get everything local.

“You can’t grow avocados in the Pacific Northwest!”

So he recommends seeking out seasonal food and trying new local varieties. One way he is trying to differentiate himself among other small farmers is by providing unique varieties and giving people the tools to cook them.

He also provides a weekly newsletter with recipes in his CSA subscription and gives cooking tips when he meets customers at his market stand. For a list of all CSA's in the Puget Sound area, see this website.