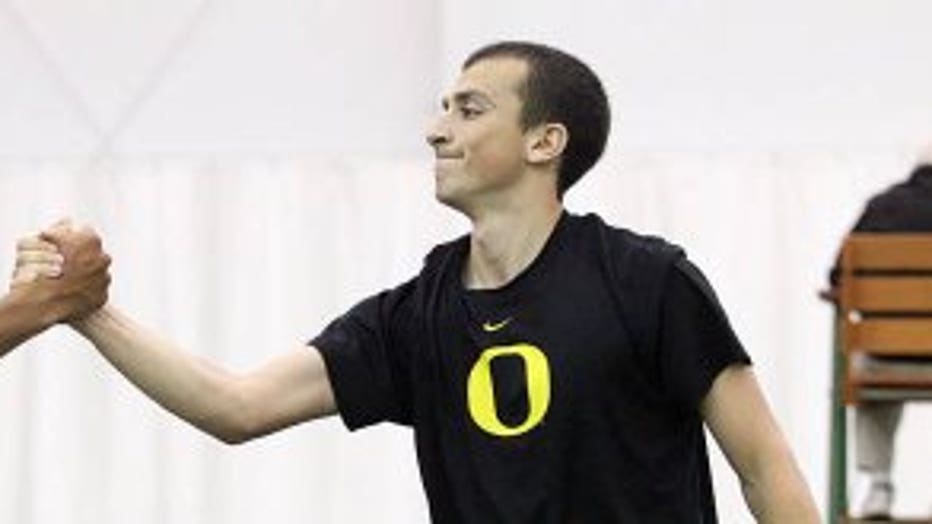 
Friends and bystanders tried to rescue the tennis player when he failed to surface after diving from a cliff into the Blue Pool at the base of the falls, but they were hampered by the deep, 37-degree water, the Linn County Sherriff's Department said.

"The Oregon tennis family is devastated by the loss of Alex," Oregon men's tennis Coach Nils Schyllander said. "He was an amazing person and teammate and his spirit will live on forever with all of us who were fortunate enough to have known him."

The popular swimming hole, located about two miles north of a campground, is so remote that one witness needed to run two miles before getting cell service to call 911, KTVB.com reported.

Rovello's body was recovered by dive teams and deputies more than 30 feet from the water's surface. Alcohol was not a factor in the accident, deputies said.

Rovello went undefeated in singles at Cleveland High in Portland, Ore., and was the first player in the state to ever win four consecutive state singles titles. With the Ducks he was 21-8 playing Nos. 3 and 4 singles this season and also won 16 matches with doubles partner Daan Maasland.

“Alex was so much more than a dedicated and exemplary student-athlete at the University of Oregon,” Athletic Director Rob Mullens said. “He was a son, a friend, a teammate, a leader, whose warm personality brought everyone together and whose contributions to the extended Oregon community will resonate long after today."