Video: Quick-thinking trooper catches dog as it leaps out of car window

Oregon State Trooper Silver, using his "cat-like reflexes," caught the dog before it could hit the ground running on the highway. (Credit: Oregon State Police via Storyful)

An Oregon state trooper deserves a round of a-paws after he was caught on camera using his "cat-like" reflexes to save a dog as it leaped out of a car window.

Video from Oregon State Police shows the trooper talking to a driver he pulled over for speeding, while also petting a pug, the "coconspirator," in the front seat. All of a sudden, a dog from the backseat climbs into the front seat and jumps right out the window.

"While contacting the driver & distracted by a coconspirator, a canine occupant attempted to elude on foot," OSP said on Twitter.

Trooper Silver, using his "cat-like reflexes," caught the dog before it could hit the ground running on the highway — then released the pups and their human with a warning.

Last week, Oregon state troopers made headlines when they responded to reports of two cars racing each other and ended up pulling over "Lightning McQueen" and "Dinoco," two cars from Pixar’s "Cars" franchise. 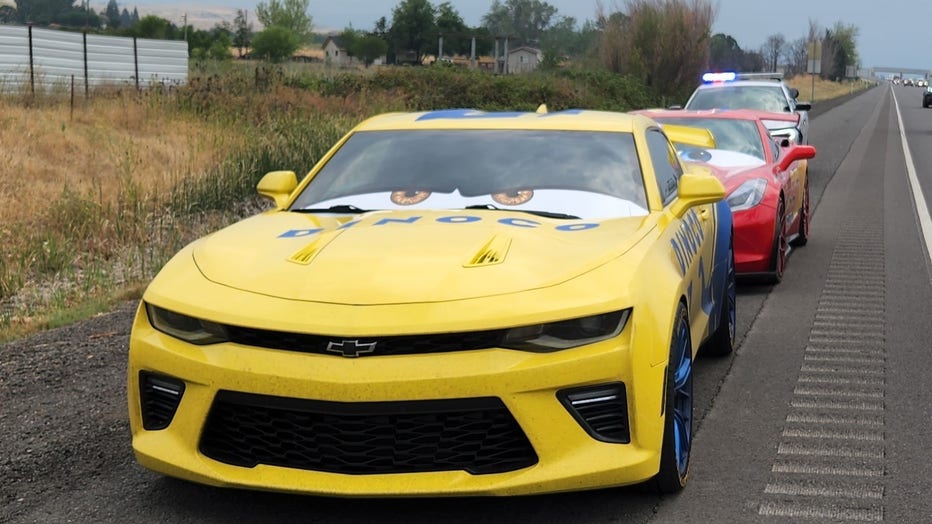 The trooper followed the two cars but didn’t see anyone racing, so he pulled "Lightning McQueen" over for following too close, then "Dinoco" pulled over with him. The trooper talked to both drivers about the importance of highway safety.