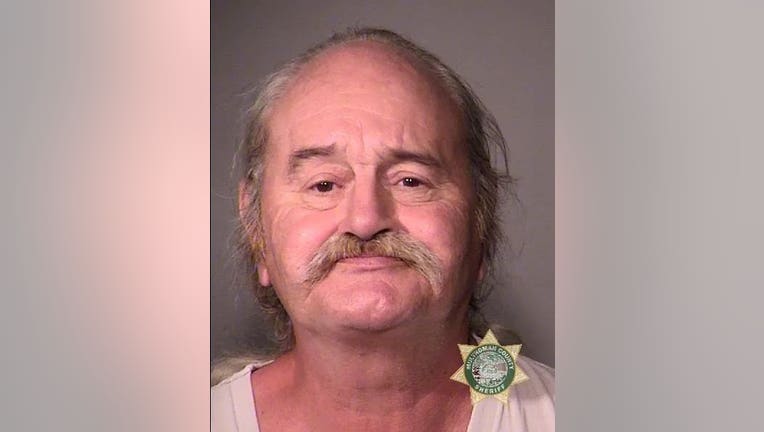 ANCHORAGE, Alaska -- A 62-year-old Oregon man is under arrest in connection with the 1978 rape and death of teenage Anchorage girl, Alaska State Troopers announced Tuesday.

Gresham, Oregon, police assisted in the arrest Friday of Donald F. McQuade in connection with the death of 16-year-old Shelley Connolly, troopers said at a news conference. Genetic DNA testing linked McQuade to the girl's death, and he was never a suspect before that match.

The teenager's body was found in a ditch along the Seward Highway, about 15 miles (24 kilometers) south of Anchorage, by a group of people at a roadside pullout taking photographs of the view.

Troopers Director Col. Barry Wilson said he wanted to offer his condolences to the girl's family and friends.

"I can't imagine how painful it's been over the years knowing what happened to Shelley and for her case to remain seemingly unnoticed," Wilson said at a news conference. "While I can announce this outcome today, it does not make up for the years of pain they faced."

The teen's mother, Judy Connolly, attended the announcement. Afterward, she said she was flabbergasted when she heard from Alaska State Troopers about the arrest. She noted it had been 41 years since Shelley's death, which completely altered her family's lives.

"I'd never thought I'd see this day in my lifetime," she said. "It means a lot."

The teen's stepfather was shown photos of the victim and identified her after hearing media reports of the discovery of an unidentified young woman, according to a trooper affidavit, which was obtained by Anchorage television station KTUU. The stepfather told authorities Shelley had failed to come home the previous night.

An autopsy found Shelley Connolly was sexually assaulted. She also had multiple injuries, including a lacerated liver caused by blunt force trauma. Past media reports say the girl had been beaten, dragged by a car and thrown down an embankment. Her fingernails were broken, indicating she might have tried to crawl back up the embankment.

The teen was last seen at an Anchorage nightclub. Witnesses said she was talking to three young men in the bar, according to the affidavit. Authorities pursued leads but failed to identify any of the men.

Decades later, troopers developed a DNA profile from swabs collected from the victim's body. But they failed to get a match.

"This guy was never on the radar," cold-case investigator Randy McPherron said.

Troopers submitted the unknown DNA profile to Parabon Nanolabs, a Virginia-based company that utilizes extracted DNA to perform the genetic genealogy testing. McPherron said McQuade was ultimately identified through one of three brothers.

McQuade lived in Alaska in 1978, according to troopers, who also used genetic genealogy testing to identify a suspect in the 1993 rape and murder of a 20-year-old woman, Sophie Sergie, whose body was found in a dorm bathtub at the University of Alaska Fairbanks. Steven Downs of Auburn, Maine, was arrested in February in that case. He has pleaded not guilty.

Online Alaska court records don't list an attorney for McQuade. Troopers said they're working to bring him to Alaska to face trial.