DETROIT LAKE, Ore. (AP) - Oregonians are grieving the loss of some of their most treasured natural places after wildfires wiped out campgrounds, hot springs and wooded retreats that have been touchstones for generations in a state known for its unspoiled beauty.

The flames that destroyed hundreds of homes and killed at least nine people also encroached on beloved state parks, scorched some of Oregon’s best-known hiking trails and raged through a whitewater rafting mecca.

“Nature IS the icon in Oregon. We have this collective grief and some of that is (from) growing up here,” said Eden Dawn, an editor at Portland Monthly magazine who wrote an essay about the wildfires. “We just didn’t have New York City. We didn’t have Hollywood. We didn’t have these big fancy things, and Portland wasn’t cool until a few years ago.”

RELATED: It took generations to build this cattle ranch - and 3 hours for a wildfire to destroy it

The fires damaged one of the nation’s last low-elevation, old-growth forests, which includes Douglas fir trees up to 1,000 years old. A forest center built on the ruins of an old mining town that hosted thousands of Oregon children was largely reduced to ashes.

“My memories of growing up are sitting in a river and looking at the fish go by and spotting osprey around you,” Dawn said. ”In this moment, when you’re watching your state and your childhood burn, it’s utter hopelessness. There’s really nothing you can do — and that is the feeling we’re all feeling.”

Detroit Lake, a state park south of Portland founded in the 1950s, sustained damage to its campground, and it’s unclear if the tiny town along its shores will rebuild. Cedars Restaurant & Lounge, a famous stopping point for people traveling to the high desert of central Oregon or for those returning from backpacking in the surrounding wilderness, is also gone. 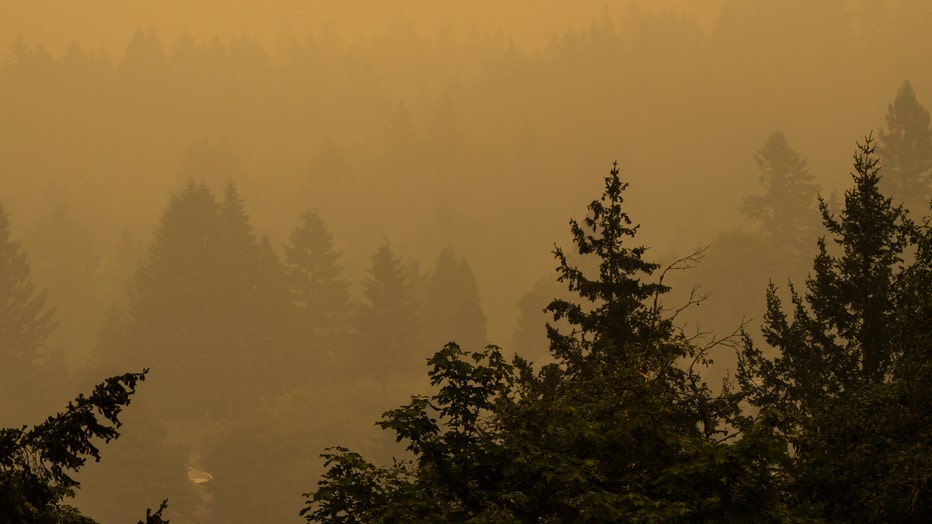 PORTLAND, OR - SEPTEMBER 12: Heavy smoke obscures the view from Pittock Mansion on September 12, 2020 in Portland, Oregon. Multiple wildfires grew by hundreds of thousands of acres this week, covering large portions of the West coast in smoke. (Photo

“It’s a life full of memories and history, gone. We used to ski and boat every single day after I got off work all through the summer,” said Sandi Elwood, who was born and raised on Detroit Lake and worked for nearly a decade at the Cedars, from the age of 14. “I learned to swim in that lake all by myself with no swimming instructor.”

A string of tiny towns along nearby Highway 22 provided a launching pad for hikers exploring the old-growth forests and for fishermen headed to prime destinations along the North Santiam River and its tributaries. Those communities have been largely reduced to ashes. Fisherman’s Bend, a favorite fishing and recreation area, is gone too.