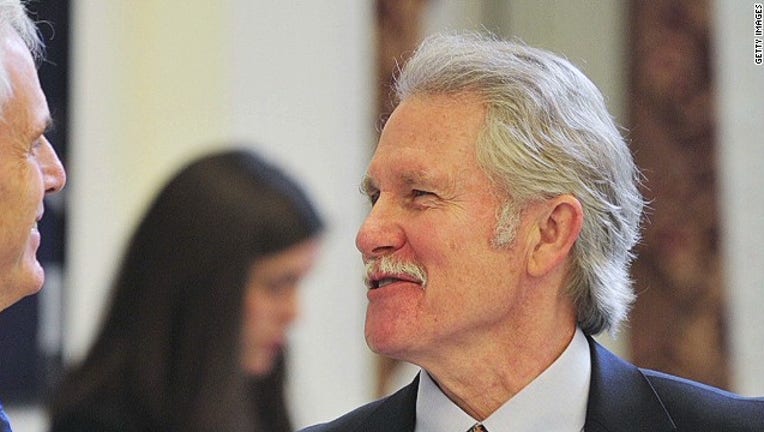 Oregon Gov. John Kitzhaber will tell you that.

The former emergency room doctor was on his way to dinner Monday evening when he noticed a woman in need of help in downtown Portland.

So, of course, he did what any trained physician would.

He ordered his driver to stop. And using medical equipment he had in his car, he performed CPR until the paramedics arrived.

She was taken to a local hospital, but her condition wasn't immediately known.

Monday's incident wasn't the first time Kitzhaber has put his medical training to use, long after leaving the ER scrubs behind.

During a gubernatorial debate in 2010, someone in the audience suffered a heart seizure.

The debate was interrupted for about 20 minutes as Kitzhaber rushed down the aisle and tended to the man -- making sure his airways were clear and he was breathing -- until medics arrived.

In 2005, Kitzhaber ran after an intruder and trapped him in a revolving door.

Going for the record books

The Democratic governor was first elected in 1994 and re-elected four years later. After eight years out of office, Kitzhaber won election in 2010 to a historic third term as Oregon governor.

In December, he announced that he'll run for re-election this year -- for an unprecedented fourth term as Oregon governor.

Oregon limits governors to two consecutive terms in office. But there are no limits on the number of total terms.