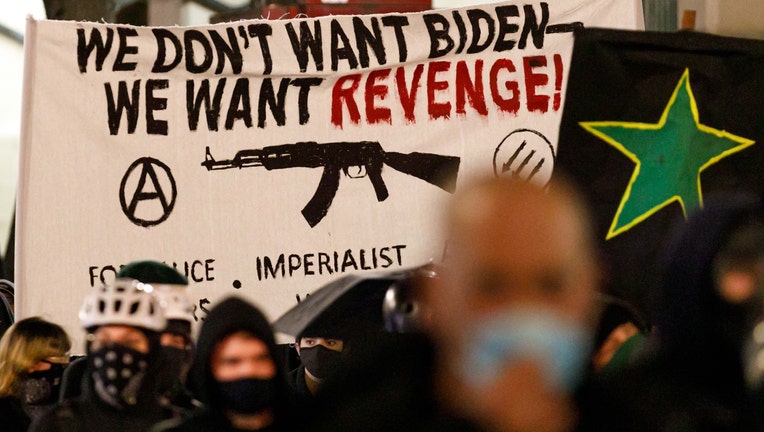 PORTLAND, Ore. (AP) - The FBI said Thursday it is standing up a command post in Portland, Oregon, to prepare for any potential violent activity this weekend and into next week related to the mob attack in Washington, D.C. on Jan. 6.

The agency said it will gather intelligence and work with other law enforcement agencies in the run-up to potential protests this weekend and next week in the run-up to President-Elect Joe Biden’s inauguration on Wednesday. Protests are expected in the nation’s Capitol and in all 50 states by right-wing groups and supporters of outgoing President Donald Trump on Sunday and next week.

The Oregon National Guard has been activated to help guard the state Capitol in Salem and local and state authorities are also preparing to deal with any potential unrest.

In Washington, Gov. Jay Inslee said the Washington National Guard would continue to support security efforts at the Capitol in Olympia at least through Inauguration Day "due to evolving intelligence on security threats" posed in all 50 state Capitols.

There are new security perimeters and challenges during legislative sessions due to the Capitol riots last week.

Renn Cannon, FBI special-agent-in-charge for Oregon, said his agency would take a "heightened posture" and is focused on identifying individuals from Oregon involved in the Jan. 6 siege on the U.S. Capitol while disrupting any similar plans in Oregon in the coming days.

The FBI command post will include special agents, bomb technicians, an evidence response team and tactical and intelligence teams to respond to any violence at the state Capitol or federal buildings.

The FBI is urging people in Oregon to call us the agency at 503-224-4181 or go to tips.fbi.gov to submit information regarding any potential violence at any upcoming protest or event.