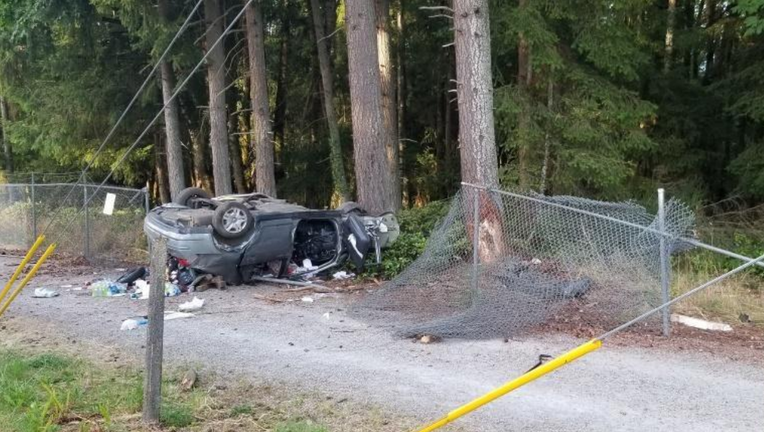 RENTON, Wash. - One woman is dead and two others are in critical condition after a vehicle collision in unincorporated Renton.

Renton Firefighters responded to the incident around 6 p.m. Wednesday, when a vehicle was found rolled over along 14800 block of SE 192nd St. and 148th Ave.

Washington State Patrol said four vehicles were involved in the collision, one traveling north, crossing a centerline and into the southbound lane, hitting another vehicle.

Renton Fire said in a tweet that crews worked to get all three passengers of the vehicle. One person who was extricated died at the scene. Both injured passengers have been taken to a local trauma center.