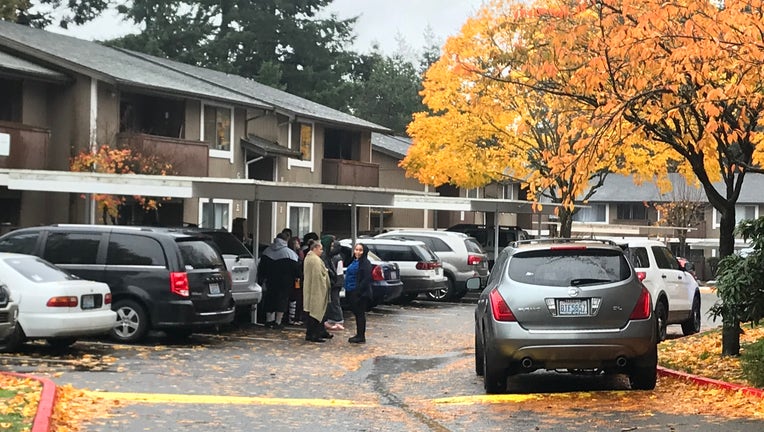 PIERCE COUNTY, Wash. - Sheriff's deputies took a man into custody after one person was found dead Thursday morning just outside of Tacoma.

According to the Pierce County Sheriff's Office, deputies were called to the report of a shooting around 11:30 a.m. at an apartment complex in the 2400 block of 100th St. Ct. S.

Deputies said they found a 21-year-old man who had died from an apparent gunshot wound.

Authorities said they were searching the area for a possible suspect and that a 27-year-old man was taken into custody at another location.