One of 2 brothers suspected of killing Arlington couple surrenders in Calif.

One of 2 brothers suspected of killing Arlington couple surrenders in Calif.

EVERETT, Wash. -- Tony Reed, suspected in the killing of an Arlington couple, surrendered Monday to the U.S. Marshals Service at the Mexico border and has been booked into the  San Diego County Jail, the Snohomish County Sheriff's Office said Monday night.

"No additional information as to how Tony Reed was taken into custody is available at this time," sheriff's spokeswoman Shari Ireton said.

Both 49-year-old Tony Reed and 53-year-old John Reed fled to Mexico via Ellensburg after the murder, Ireton said.

John Reed remains outstanding and the Snohomish County Sheriff's Office is continuing to seek tips from the public as to his whereabouts.

Search and Rescue teams searched for the bodies of 45-year-old Shunn and 46-year-old Patenaude this past weekend in the Oso area, but their whereabouts remain unknown.

On April 19, John and Tony Reed were charged in Snohomish County Superior Court with first-degree murder  in the case of the Arlington couple who went missing April 11, and authorities said they found "significant blood evidence" in the cargo area of the husband and wife's vehicles that led them to believe they were slain. 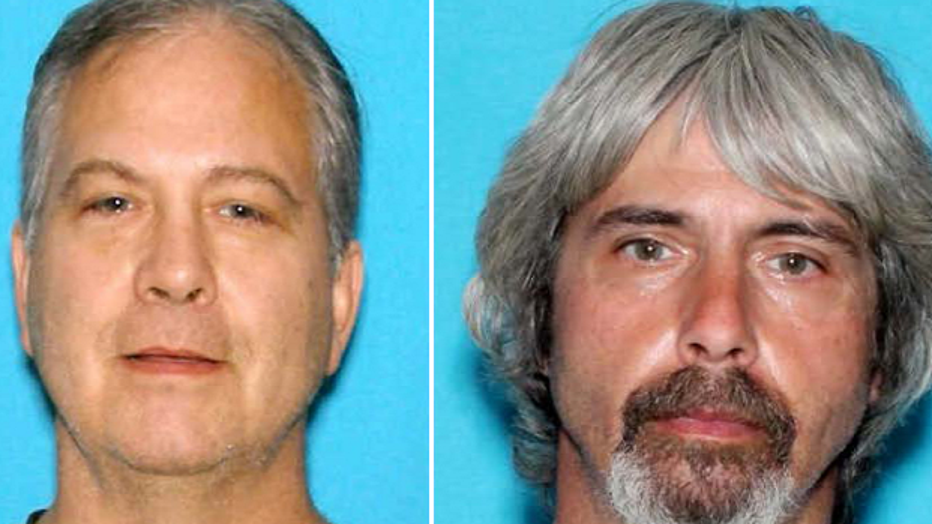 From left, John Reed and brother Tony Reed. Both are charged with first-degree murder in the killing of Arlington couple in April. They were believed to be hiding in Mexico.

In court documents, Snohomish County prosecutor's office said the Land Rover and Jeep belonging to Shunn and Patenaude "had obvious blood pooling and smearing, and some blood splatter in their respective interiors. The largest concentration of blood in the vehicles appeared to be in the cargo area, consistent with a body having laid there some amount of time."

The vehicles were found down an embankment in a remote, wooded area near Oso, Wash.; the couple's bodies were nowhere to be found.

"The precise mechanism of death for Mr. Shunn and Ms. Patenaude is unclear at this point as their bodies have not been recovered. However significant blood evidence located in the vehicles of Shunn and Patenaude, in the truck belonging to John Reed, on the property that formerly belonged to defendant John Reed ... and the circumstances surrounding the disappearance of ... (the couple) lead to the inescapable conclusion that they are dead."

The documents said "dried blood" was also located in the bathtub of John Reed's former property, and that a "fresh" 9mm shell casing was found just outside the locked gate that leads between the former home of John Reed and the Shun/Patenaude home.

Authorities said John Reed had previously lived near the Arlington couple and had property disputes.

In April, detectives traveled to Ellensburg and the home of the Reeds' parents. Inside the garage they found the red Toyota extended cab truck belonging to John Reed. Blood was found on the passenger side floorboard, police said. The defendants' father said he did not know where his two sons were, but if he did, he would not tell law enforcement, the documents stated. The father said his sons arrived in Ellensburg on April 13 and left on April 14 in a red 2007 Volkswagen EOS coupe.

Law enforcement received information later that the Reed brothers were in Phoenix. The Volkswagen was found, along with two people who said they gave the suspects $500 cash and the keys to a 2002 gold Acura. The brothers left Phoenix sometime on Sunday night, April 17, or in the early morning hours of Monday, April 18, the documents said.

"The last information available to affiant prior to writing this document is that the 2002 Acura was spotted in California near the Mexican border on Monday, April 18," the documents said.

Authorities said they believe the Reed brothers headed into Mexico.