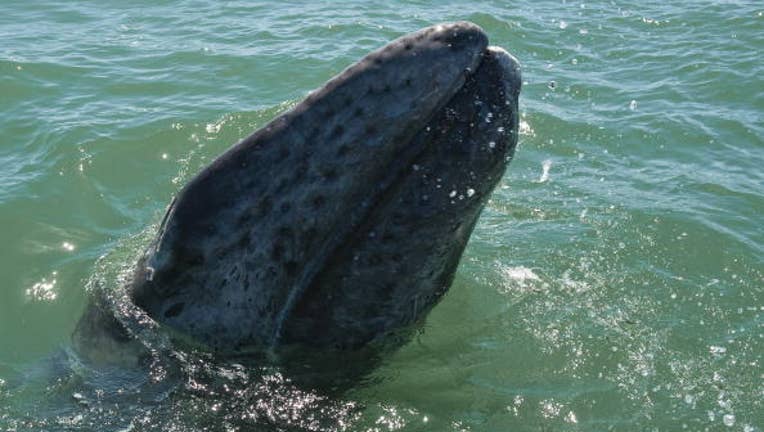 A grey whale calf emerges from the water at the San Ignacio Lagoon, Baja California Sur state, Mexico on March 1, 2010.

LAPUSH, Wash. -- One of the largest animals in the world is once again visible from the Washington coast.

The spring migration of gray whales from Baja California to the Bering Sea brings gray whales to the Washington coast every spring. And, according to the Peninnusla Daily News, these yearly visitors were recently spotted from the shores of LaPush.

The large mammals can be seen most of the spring from the Olympic Coast and up into the Straight of Juan de Fuca. The whales can be spotted off almost any beach along Highway 101 south of Forks or Highway 112. They are best recognized in the water by searching for the waterspout, which can launch 10 to 12 feet.

Here is a list of spots where the gray whales can be seen on the Olympic Peninsula, according to Thewhaletrail.org: