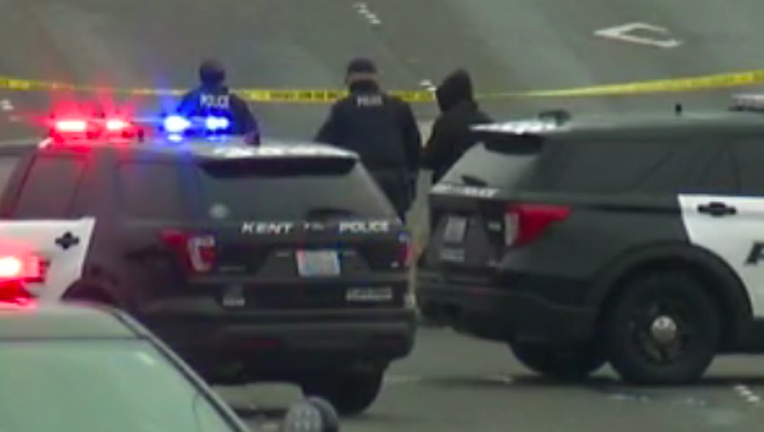 KENT, Wash. - One person was injured in an early morning Christmas shooting in Kent.

Officers found a 25-year-old man in the roadway with gunshot wounds. He was stabilized at the scene and taken to Harborview Medical Center in Seattle.

Investigators say the victim was seen being chased by someone with a gun before he was shot. Police don't believe it was random.

Investigators haven't released any additional information about the suspect, motive or the victim's condition.