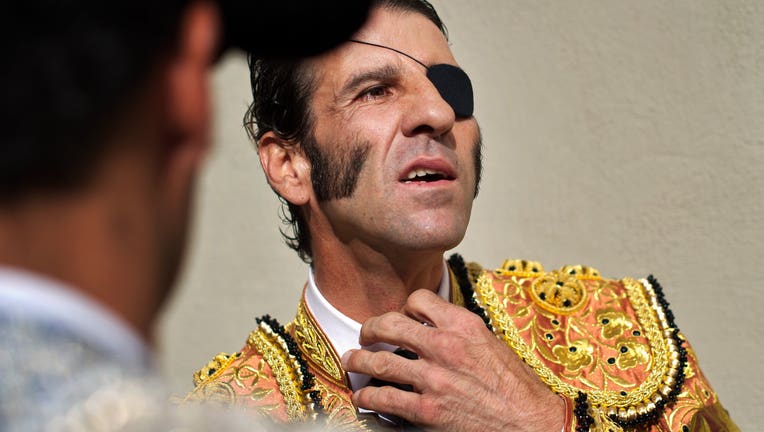 Five years almost to the day after he was gored in the eye by a bull, Spanish matador Juan Jose Padilla was gored in virtually the same spot again—but he won't need to buy a second eye patch.

At a bullfight in Zaragoza Saturday, the 43-year-old was gored on the same side of the face that was injured in 2011, when a bull's horn cost him the sight in one eye and left him with partial facial paralysis, reports Yahoo News.

The Yahoo link include photos showing the bull's horn hitting at or near the eye patch, with Padilla holding his hand over the spot after the impact and wincing in pain.

Padilla — nicknamed "The Pirate" after he returned to bullfighting in 2012 — was hospitalized but is not as seriously hurt as he was in 2011, reports the Independent.

This time, he suffered no internal injuries. The 1,300-pound bull also stamped on the fallen matador's stomach before rescuers got Padilla out of the ring. "This is a part of bullfighting," he said in 2012 after returning to the ring just months after the first injury.

(A lot of people saw red after this bullfighter brought his baby daughter into the ring with him.)